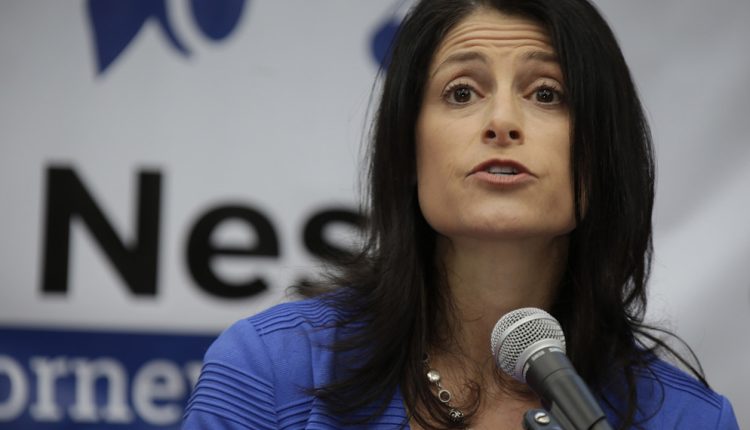 Michigan’s attorney general is calling on federal prosecutors to launch a criminal investigation into 16 Republicans who submitted false certificates stating they were the state’s presidential electors despite President Biden’s 154,000-vote victory in Michigan in the 2020 election.

Democratic state attorney general Dana Nessel says that her office had been considering filing charges for nearly a year but ultimately decided to refer the matter to the U.S. attorney in western Michigan.

CLICK HERE FOR THE LATEST FOX NEWS REPORTING ON MICHIGAN

“Under state law, I think clearly you have forgery of a public record, which is a 14-year offense, and election law forgery, which is a five-year offense,” Nessel told MSNBC’s Rachel Maddow on Thursday.

But she added that the Justice Department would be better suited to investigate and potentially prosecute the 16 Republicans. The group includes some high-ranking members of Michigan’s GOP, including co-chair Meshawn Maddock.

Nessel charged that a “coordinated effort” took place among Republican parties in several battleground states, including Michigan, to push so-called alternate slates of electors with fake documents. She said she wants federal authorities to make an evaluation for possible charges.

“Obviously this is part of a much bigger conspiracy,” Nessel emphasized.

Fox News reached out to Michigan GOP but had yet to receive a response at the time this article was published.

When Michigan’s electors cast 16 votes for Biden in December 2020 following the certification of his narrow victory in the state, a separate group that included some Republican state lawmakers attempted to enter the state capitol with then-President Trump’s Electoral College candidates. They were turned away by state police but claimed in the certificates that they met “in the State Capitol.”

The invalid certificates also were mailed to the U.S. Senate, Michigan Secretary of State Jocelyn Benson and the federal court for western Michigan. Two Republicans did not sign the documents and were replaced.

In the weeks after the 2020 presidential election, dozens of legal challenges by the Trump and his allies were shot down in the half dozen states – including Michigan – where Biden narrowly edged Trump to secure a convincing Electoral College victory. And then-Attorney General William Barr said the Justice Department had not seen fraud on the kind of scale that could flip the election.

Trump, 14 months following the 2020 election, continues to make unfounded claims that the election was “rigged” and “stolen.”