Lian Al Shaer .. An Israeli missile drops the curtain of the last scene of “The Stage Butterfly” 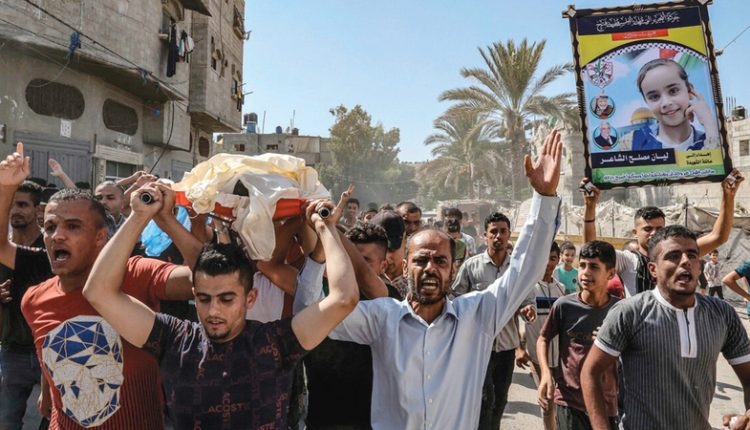 On the stage of the “Nawwar” Educational and Cultural Center in the southern Gaza Strip, the girl Lian Al-Shaer communicated her talent in the arts of theater, chanting and folk dance, and through her she toured the city of Al-Quds Al-Sharif, expressing her great love for her and her intense longing to visit her, and this was evident through artistic activities Which she participates in, mastered from an early age. Lian Mosleh Al-Shaer, 11, from Khan Yunis, in the southern Gaza Strip, who gained the nickname “the theater butterfly”, was famous for mastering all the theatrical performances and scenes in her city of Gaza, and she was left with only one scene in the alleys of ancient Jerusalem, which she was waiting for Achieving it on the ground, to translate her love on the thresholds of Bab al-Amud, and inside the courtyards of the blessed Al-Aqsa Mosque.

The wishes of the little girl, Lian Al Shaer, to visit the Holy City began to be fulfilled, but not in the desired way at all. In the first moment of the military occupation operation he launched against the Gaza Strip on the fifth of August, the warplanes poured their missiles at the girl’s innocence and her slender body. Musleh al-Shaer, the girl’s father, said, in a faint voice that was overwhelmed by sadness and crying: “My daughter, Lian, who is the third among my daughters, was on her way to the seashore, accompanied by her mother, sisters and female relatives. Before they reached the coastal area, the warplanes fired several missiles west of Khan Yunis.”

The poet explains to “Emirates Today”, that his daughter was directly hit in the head, accompanied by four members of her family, as a result of the helicopter bombing of a group of citizens on Friday evening, in addition to the injury of a group of children who were on their way to hiking and entertainment, whose injuries ranged between medium and minor. On Tuesday the ninth of August, following the end of the military operation, Layan was transferred to Jerusalem by ambulance, and she was clinically dead, as shrapnel from the Israeli missile penetrated her brain, and damaged sensitive areas in her body, according to the grieving father. Immediately, the poet was transferred to the Makassed Charitable Hospital in the Holy City, in the hope that her dangerous health condition would find a way to improve, so that she might return to life again, and enjoy visiting the first of the two kisses for the first time, as she wished.

On the treatment bed inside the intensive care unit at Al-Makassed Hospital, the innocent, tattered body, which was completely unable to speak and move, settled, and at the door of her room from the outside sat the grieving mother, closely watching her wounded child, “Lian”, and praying to her creator, perhaps she would wake up from a state of loss full awareness. Not much time has passed for the “theater butterfly’s” wishes to be fulfilled. On Thursday, August 11, Star closed the show of the last scene of “Lian’s life”, which she had not mastered before on stage, and her family and audience did not wish to watch it at all, after the inability of operations. The surgery in “Charity Purposes” about writing another scenario, saving the girl from death, to meet the face of her Creator.

The child’s father says: “My daughter loved the city of Jerusalem to a great extent, and wished to visit it, and she used to disclose this through her theatrical works and the songs she used to chant on stage.”

And he continues: “Layan visited Jerusalem for the first time, carried on the shoulders, and she was in a state of clinical death, and she left her in the last scene of hers in the same image, but after she passed away, and her eyes did not see the friend of her heart Jerusalem.”

The theater butterfly departed in a sad scene that began in the besieged Gaza and ended in occupied Jerusalem, so it returns to the Strip carried on its shoulders, to bury its innocent body in the city of Khan Yunis, where she was born and raised, and there she was also targeted and buried.

After this tragic departure, the stage of the Noir Center will miss her butterfly, which flew between its pillars for five continuous years, during which she developed her talent and acquired great artistic skills, which made her enjoy the love and admiration of all who watched her.

This unparalleled distinction of the girl led her to lead the popular Dabke team, whose mission was to teach this traditional art to children of different ages and races, within the corridors of the “Nawwar” Educational Center, which is affiliated with the Association for Culture and Free Thought in the southern Gaza Strip.

• The theater butterfly departed in a sad scene that began in the besieged Gaza and ended in Jerusalem, so it returns to the Gaza Strip, carried on its shoulders, to bury its innocent body in the city of Khan Yunis.

• The girl “Layan” was left with nothing but to perform one scene inside the alleys of ancient Jerusalem, which she was waiting to achieve on the ground, to translate her love on the thresholds of Bab al-Amud, and inside the courtyards of the blessed Al-Aqsa Mosque.

• The child’s father says: “My daughter loved the city of Jerusalem to a great extent, and wished to visit it, and she used to disclose this through her theatrical works and the songs she used to chant on stage.”