Lebanon.. Parliament fails for the seventh time in electing a president for the republic 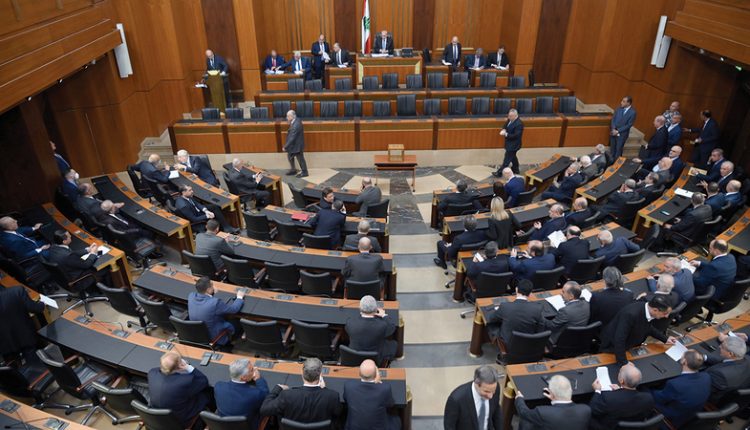 Yesterday, the Lebanese Parliament failed to elect a new president for the country, for the seventh time, because no candidate could obtain two-thirds of the votes of the representatives.

Yesterday, the seventh parliamentary session was held to elect a president in Lebanon, headed by Parliament Speaker Nabih Berri.

The session was held after the completion of the quorum, which requires the presence of 86 deputies out of the total number of deputies in the Council, which is 128 deputies.

The presidential candidate needs to obtain the votes of two-thirds of the deputies in the 128-member parliament in the first round of voting.

Six previous parliamentary sessions were held to elect a president, the last of which was last Thursday, and all failed.

Major blocs, including Hezbollah, oppose Moawad, describing him as a “challenging” candidate, calling for agreement in advance on a candidate before going to parliament to elect him.

Opposition MP Firas Hamdan criticized the resort to the idea of ​​”consensus”.

He told Agence France-Presse, “Let each bloc vote, as is the case in any democracy around the world, because we cannot remain within the framework of the consensus game,” which he considered “a tribal, sectarian idea that has led the country to disintegration and the state of paralysis in which institutions are living today.”

For his part, the caretaker prime minister in Lebanon, Najib Mikati, stressed yesterday the necessity of electing a president for the republic “as soon as possible,” and “forming a new government, accelerating the desired reforms, and concluding a final agreement with the International Monetary Fund.”

Today, the “National News Agency” quoted Mikati as saying, during the opening of the activities of the “Beirut Economic Forum 2022”, which is organized by the Union of Arab Banks, that this is the way out of the impasse in the country and containing the current risks as a precondition for any desired economic advancement in the medium and long term. .

Mikati believed that “the bitter Lebanese economic reality, the enormity of the financial crisis that the country is experiencing, and the entrenched social pressures, testify to the necessity and importance of developing an integrated strategy and project to adopt structural reforms that secure economic and social recovery and advancement in countries that suffer from severe economic imbalances, including the countries of our Arab region.”

He said, “We are convinced that there is no way out of the current economic and monetary crisis that Lebanon is suffering without approving the final agreement with the Monetary Fund, in a way that secures the flow of income in foreign currencies to Lebanon, whether through the Monetary Fund directly or through donor countries later, which will not A helping hand is extended if there is no international observer for the reforms, which is the IMF.

Mikati indicated that the conclusion of the agreement will also enable the country to be placed on the track of positive economic growth and reduce the social and economic pressures that Lebanese families suffer from in general.

He also pointed out that «in light of the bleeding in foreign exchange assets, despite its remarkable decline in the recent period, we will remain committed, on our part, to completing everything necessary in order to return Lebanon to the map of financial and monetary balance in the balance of payments and the current account».

Mikati said that the Lebanese banking sector is “suffering today from a severe and dangerous crisis, so that the efforts of all political and monetary authorities should be combined in order to advance the sector towards recovery and get out of its current slump.”

Climate crisis: Many rivers had less…