Iranian military buildup on the border with Afghanistan 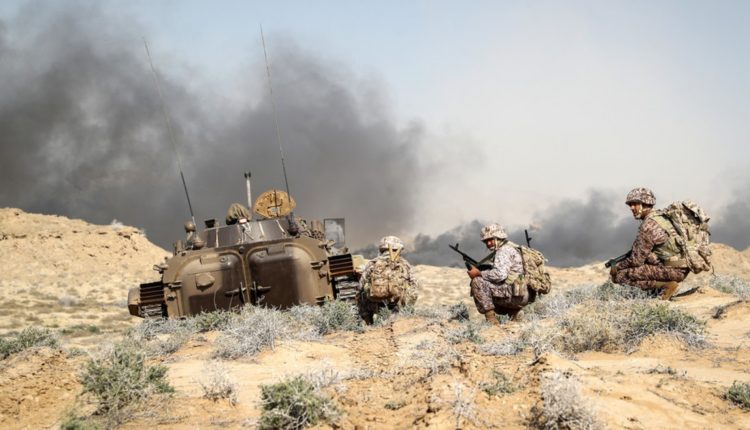 According to the sources, large military forces from the “Mohammed Messenger of God Corps” were sent from the capital to the eastern border with Afghanistan, pointing out that Brigadier General Hassanzadeh, a leader of the Revolutionary Guards and a close associate of Supreme Leader Ali Khamenei, personally supervises the military deployment near the Afghan province of Nimroz.

She emphasized that the failure of the Iranian border guards to repel the attack on military sites in Balochistan province, at the hands of the Taliban movement recently, prompted the Iranian military leadership to send military crowds of the Revolutionary Guards to the province of Baluchistan.

According to the sources, the Revolutionary Guards sent a specialized military unit with drones from Bushehr province to the conflict zone between the Taliban and Iran on the eastern border.

She pointed out that due to the difficulty of militarily moving in the eastern regions, because they are semi-desert areas and rugged terrain, the “Guards” will use the drones in the next stage on a very large scale, to monitor the movements of the Taliban.

It revealed the establishment of a new joint military base between the “guards” and the border guards in the province of Baluchistan, to monitor the Iranian border strip from the east, and the Taliban’s movements in the Afghan border areas.

She indicated that several regiments of the Afghan “Fatimiyoun Brigade”, which is made up of the Afghan Hazara Shiites, were organizationally affiliated to the Quds Force from several camps in Tehran and Mashhad to the Iranian border villages from the side of Afghanistan.

A military base for the brigade will be established by the name of “Imam Reza Base” with a very large area near the Afghan border, and most of the regiments that will settle in this base will be from the participants in the Syrian war.