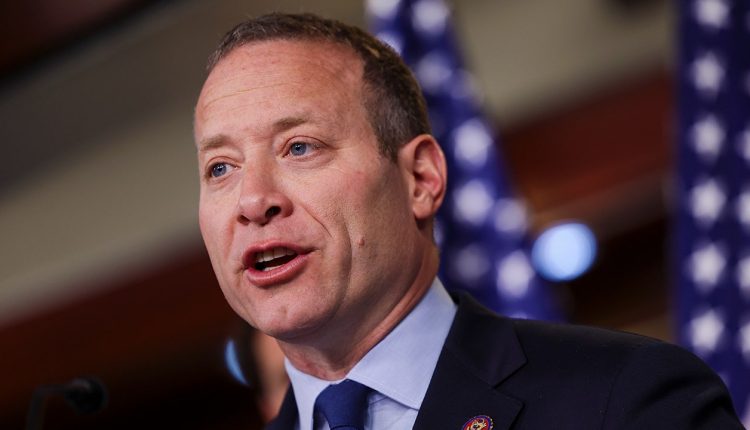 Democratic Rep. Josh Gottheimer on Monday announced the introduction of new legislation that would freeze the financial assets of a range of potential terrorist threats, from those inspired by ISIS to some groups involved in the Jan. 6 riot on Capitol Hill.

The Democrat from New Jersey described his bill, the Freezing Assets of Suspected Terrorists and Enemy Recruits Act, or the FASTER Act, as one that would allow authorities to “freeze the assets of ISIS-inspired lone-wolf terrorists or other domestic extremists that are arrested on U.S. soil.”

“We simply can’t run the risk of funds being utilized by an ISIS-inspired terrorist or domestic extremist to carry out another attack, whether that’s at Ground Zero, a shooting in Jersey City targeting the Jewish community, in temples, at schools…”  Gottheimer said.

Gottheimer said “ISIS-inspired” terrorist threats remain a top priority of federal law enforcement, but also said homegrown groups such as those that participated in the Jan. 6 attack on the Capitol are a rising threat that must also be addressed.

“Over the last year, we’re also witnessing an alarming spike in activity from domestic extremist groups threatening our communities with violence and hate, in person, online, and deep in our communities,” he said. “We regularly hear the names of domestic terrorist groups like the Oath Keepers and Proud Boys because of their involvement in the Jan. 6 attack on the U.S. Capitol.”

Gottheimer spoke on the first day that Stewart Rhodes, the leader of the Oath Keepers, was standing trial for his role in what federal prosecutors say was attempted “armed rebellion” during the Jan. 6 protest. Gottheimer said Rhodes and others in that group are “domestic terrorists” who tried to “overthrow the government.”

“These domestic terrorists have seeped into our communities, putting our families in danger, pitting our neighbors against one another, and further dividing our great country,” he said.

In addition to freezing the assets of these groups, Gottheimer said his bill would establish a “one-of-a-kind, state-of-the-art national homegrown terrorist incident clearing house for all levels of law enforcement to collect and share information on incidents of ISIS-inspired, homegrown, lone-wolf terrorism and violent domestic extremism.”

Gottheimer spoke at a House Homeland Security Committee field hearing in New Jersey on countering violent extremism, terrorism and antisemitism threats in his home state, an event attended only by committee Democrats and their witnesses. Other participants at the hearing also implicated former President Donald Trump and Trump’s supporters for racism and anti-Semitism, either directly or indirectly.

The remarks came after President Biden said in a Sept. 1 speech that “Donald Trump and the MAGA Republicans represent an extremism that threatens the very foundations of our republic.” His speech earned widespread criticism from conservatives and even some on the left.

“Instead of trying to bring our country together to solve these challenges, President Biden has chosen to divide, demean and disparage his fellow Americans — simply because they disagree with his policies,” House Minority Leader Kevin McCarthy said in reaction.

Scott Richman, a regional director of the Anti-Defamation League, criticized the “new pro-Trump extremist movement” in his written testimony.

“This new breed of extremist is foundationally animated by devotion to Trump, placing him over party or country,” Richman testified. “They are living inside an ecosphere of misinformation, disinformation, lies and conspiracy theories, fertilized by Alex Jones, QAnon, the former President and his enablers, and many others.”

Susan Corke of the Southern Poverty Law Center said both the Proud Boys and Oath Keepers are associated with the “hard-right” movement that supports Trump.

She said the hard right “found new momentum along with political favor with Trump and hard-right elected officials who used their microphones to platform hate.”

Rep. Al Green, D-Texas, argued during the hearing that Trump continues to make “incitive” comments, such as by calling illegal immigrants “illegals,” and urged Republicans to speak out against those remarks.

“Your failure to speak up and speak out is putting your brand at risk, because conservatism is being conflated with racism, sexism, antisemitism and all of the invidious phobias,” he said. “I would encourage you to have the courage to speak out and protect the conservative brand.”

Pete Kasperowicz is a politics editor at Fox News Digital. He can be reached at [email protected] and his Twitter handle is @PeteKDCNews.