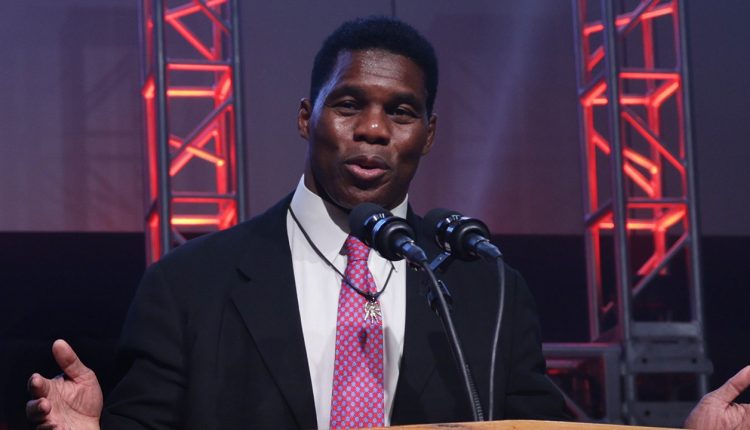 In several scathing tweets posted Tuesday night, Christian Walker berated his father’s run for Senate and accused the GOP of playing “identity politics” by nominating the elder Walker because “he was the same skin color as his opponent.” He also laid blame on former President Donald Trump for lobbying Herschel Walker to get into politics against the family’s wishes.

“The truth: Trump called my dad for months DEMANDING that he run. Everyone with a brain begged him: “PLEASE DON’T DO THIS. This is too dirty, you have an insane past… PLEASE DON’T DO THIS,” Christian Walker tweeted. “We got the middle finger. He ran.”

Christian Walker, who hosts a podcast called “Uncancellable,” torched the Republican Party for nominating his father, a former University of Georgia running back and NFL star who never held elected office, to challenge Warnock.

“Republicans, we say we don’t play ‘identity politics’ and then you ran this man mainly because he was the same skin color as his opponent with no background other than football,” Christian Walker said.

“A boring old Republican could have won,” he added.

Herschel Walker — a college football legend who won a Heisman Trophy and steered the University of Georgia to a national championship four decades ago — launched his Senate campaign in the summer of last year after months of encouragement to run by longtime friend Donald Trump.

His celebrity status in the Peach State propelled him to the GOP Senate nomination in May without a serious challenge. But once he became the nominee, Walker’s past statements and allegations from previous romantic partners surfaced and damaged his campaign.

He was heavily criticized both on the campaign trail and in ads over what Democrats call his numerous “bizarre or false statements,” and he also took fire over numerous reports that he overinflated the success of his businesses and academic record.

Even before he faced bombshell allegations in September and October that he had persuaded and paid for past girlfriends to have abortions — which Walker, who is a vocal opponent of legalized abortion, repeatedly denied — the candidate was forced to play defense regarding a number of other personal controversies, from the accusations of past abuse and threats against his first wife to acknowledging children he fathered out of wedlock whom he had not previously publicly mentioned, despite having criticized absent fathers for decades.

Walker conceded the race to Warnock in a speech Tuesday night after exit polls showed he would not be able to win.

Warnock’s victory on Tuesday secured a 51-seat majority for Democrats in the U.S. Senate. The close race went to a runoff after neither candidate was able to win an outright majority in the Nov. 8 election, though Warnock led Walker by roughly 37,000 votes out of 4 million ballots cast. Democrats went on to vastly outspend Republicans in the monthlong runoff campaign, focusing their attacks on Walker’s controversial background.

“Don’t beat women, hold guns to peoples heads, fund abortions then pretend your pro-life, stalk cheerleaders, leave your multiple minor children alone to chase more fame, lie, lie, lie, say stupid crap, and make a fool of your family.. And then maybe you can win a senate seat,” Christian Walker tweeted shortly after the race was called for Warnock.

HERSCHEL WALKER RIPPED AFTER DEFEAT AS ‘INSULT TO BLACK COMMUNITY,’ ‘CARICATURE’ WHO ‘DIDN’T TALK TOO GOOD’

This was not the first time Christian Walker issued a blistering condemnation of his father. In October, after reports surfaced that Herschel Walker had paid for his girlfriend’s abortion in 2009, the younger Walker demanded that his father stop “lying and making a mockery of us,” referring to himself and his mother, Cindy DeAngelis Grossman.

“You’re not a ‘family man’ when you left us to bang a bunch of women, threatened to kill us, and had us move over 6 times in 6 months running from your violence,” Christian Walker said.

“I’ve stayed silent for nearly two years as my whole life has been lied about publicly. I did ONE campaign event, then said I didn’t want involvement,” he tweeted. “Don’t you dare test my authenticity.”

Herschel Walker denied the allegations at the time and responded, “I LOVE my son no matter what.” Neither he nor his campaign have issued a statement on Christian Walker’s latest tweets.

Chris Pandolfo is a writer for Fox News Digital. Send tips to [email protected] and follow him on Twitter @ChrisCPandolfo.