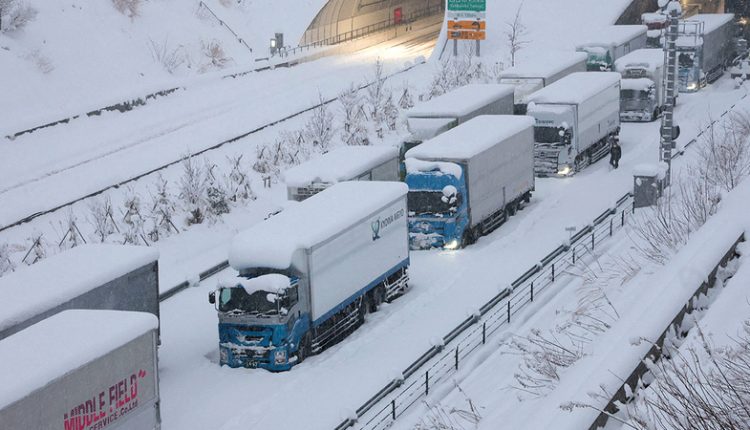 Heavy snow continued to pile up yesterday across much of Japan as the country grappled with the season’s most severe cold spell, stranding trains and vehicles amid difficulties caused by winter storms.

Parts of Japan recorded record low temperatures, with snow falling on the Sea of ​​Japan coast, which extends from the country’s north to west.

Amid fears of more snowfall, including in low-lying areas on the Pacific coast, the Japan Meteorological Agency called for caution of blizzards, high seas and caution on icy roads.

Transport was disrupted by the weather, as passengers on several trains on the Biwako Line and Kyoto Line were stranded overnight due to snow and strong winds, Kyodo news agency quoted operator West Japan Railways as saying.

The Meteorological Agency predicted sub-zero temperatures in many areas, from the northernmost island of Hokkaido to the southwest Kyushu region.