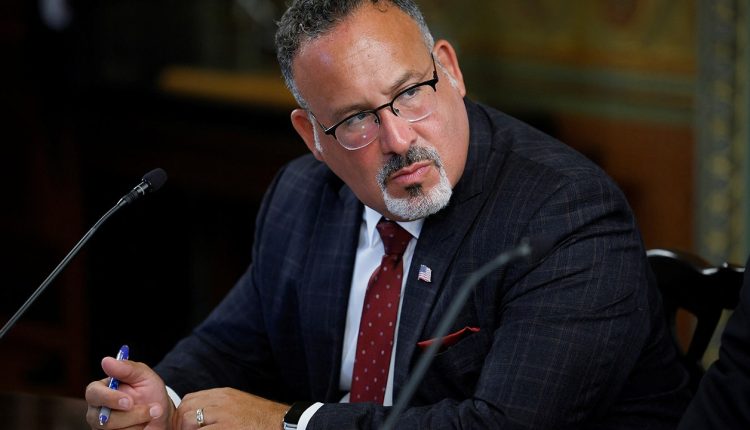 EXCLUSIVE: A group of Republican senators is sounding the alarm over a program that may refund federal employees thousands of dollars in student loan payments that were never made by these employees, and were instead made by the federal government.

Federal employees are eligible for a popular employment benefit that repays up to $10,000 in student loans each year. This program continued to make those payments during the COVID-19 pandemic, even though the government ordered a pause for all federal student loan payments.

When the pandemic ended, the Department of Education said federal student loan borrowers who continued to make payments during the pandemic would receive a refund for those payments. That refund policy was part of President Biden’s push to hand out either $10,000 or $20,000 in student loan debt forgiveness.

The refund raises the possibility that federal employees who had their loans paid off by the government during the pandemic might receive a refund for those payments in the form of a payment made directly to the employees, even though they never made any of those payments themselves.

In a letter to Secretary of Education Miguel Cardona, Sen. Tom Cotton, R-Ark., and other Republicans asked if the department planned to provide this double benefit to thousands of federal workers.

“Your current guidance raises the troubling possibility that over 12,000 federal employees who benefit from these taxpayer funded repayment programs could receive direct checks to ‘reimburse’ them for loan repayments already made by taxpayers,” the letter said.

“This could allow federal employees to receive thousands of dollars in refunds for student loans payments that they never actually made themselves,” it added.

An analysis by the American Enterprise Institute (AEI) agreed with Republicans that the Department of Education program could result in a double payment to federal employees.

“[T]his combination of programs results in taxpayers paying off the borrowers’ loan balance twice; once to the Department of Education, and once in the form of a windfall payment to the borrower,” AEI said.

The Biden administration announced a plan in August to hand out up to $10,000 in student loans for many borrowers — and up to $20,000 for others — which is estimated to cost over $500 billion.
(The Image Direct for Fox News Digital)

The Education Department did not immediately respond to Fox News Digital’s request for comment on the letter.

Kelly Laco is a politics editor for Fox News Digital.