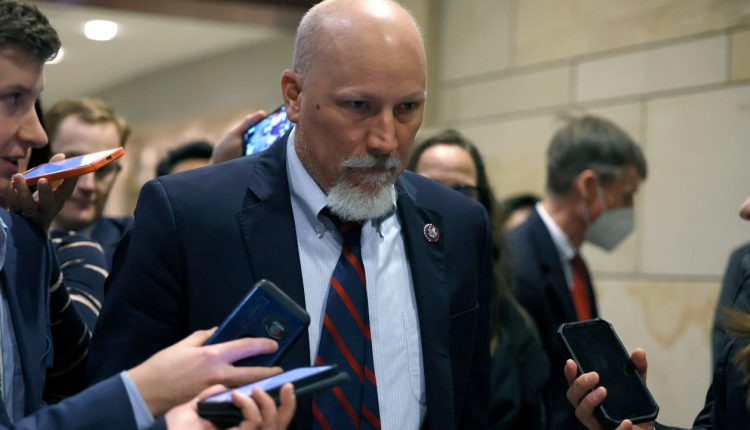 Congressional Republicans are preparing to fight the inclusion of “woke” priorities that Democrats want to attach to the national defense bill they’re under pressure to pass before the end of the year.

One key issue of importance for Republicans is blocking language from Democrats in the National Defense Authorization Act (NDAA) that would require women to register for the draft under the Military Selective Service Act.

“Requiring women to register for the draft does not advance our national security objectives, which is the only metric by which the NDAA should be measured,” said Rep. Chip Roy, R-Texas.

Roy and several other House Republicans are readying an amendment to block expanding the selective service to women. Sen. Tom Cotton, R-Ark., is leading a similar push in the Senate, and there is precedent for a Republican victory on this issue — House and Senate negotiators decided to drop language on women in the draft last year.

“Requiring women to register for the draft does not advance our national security objectives, which is the only metric by which the NDAA should be measured,” said Rep. Chip Roy, R-Texas.
(Anna Moneymaker/Getty Images)

Republicans are also looking to shoot down language dealing with racial equity and climate change in the NDAA. An initial version of the NDAA passed by the House this year ordered the Pentagon to transition to electric vehicles. It also created a gender advisory task force within the Pentagon to boost military recruitment among women.

“The defense bill isn’t the place for Democrats to indulge the wild ideas of their latest social experiments,” said Cotton.

Democrats are also weighing whether to tie legislation bolstering access to banking for marijuana companies and bill to boost oil and gas drilling to the NDAA. Both face an obstacle within the 50-50 senate, where at least 10 Republicans will be needed to clear the 60-vote filibuster threshold.

Senate Minority Leader Mitch McConnell signaled Tuesday that Republicans were unlikely to support either the energy or marijuana provisions.

“If Democrats wanted these controversial items so badly, they had two years to move them across the floor,” said McConnell, R-Ky.

Congressional Republicans are preparing to fight against what they see as ‘woke’ priorities that Democrats want to include within the must-pass national defense bill.
(AP Photo/Chris Gardner, File)

Republicans are also looking to attach their own language to the bill that would end the Pentagon’s new policy of picking up the tab for service members who need to travel to get an abortion.

Defense Secretary Lloyd Austin this year announced the Pentagon would provide transportation allowances for service members and their dependents who opt to travel to receive an abortion.

“Our Service members and their families are often required to travel or move to meet our staffing, operational, and training requirements,” Austin wrote in a memo unveiling the policy. “Such moves should not limit their access to reproductive health care.”

PENTAGON WILL PAY FOR SERVICE MEMBERS TO TRAVEL TO OBTAIN ABORTIONS

The policy came in response to the Supreme Court’s overturning of Roe v. Wade, a landmark 1973 ruling that legalized abortion nationwide. Alabama Rep. Mike Rogers, the top Republican on the House Armed Services Committee, said the use of taxpayer dollars to facilitate abortions was a poison pill within the NDAA.

“Taxpayer dollars meant for deterring China and other adversaries should not be squandered on campaign politics,” said Alabama Rep. Mike Rogers, the top Republican on the House Armed Services Committee.

“If Democrats wanted these controversial items so badly, they had two years to move them across the floor,” said McConnell, R-Ky. (Photographer: Samuel Corum/Bloomberg via Getty Images)
(Bloomberg)

Republicans have already scored a major win, even as NDAA negotiations continue: the NDAA will include a provision repealing the COVID-19 vaccine mandate for service members. But while the bill will remove the vaccine mandate for U.S. troops, it will not reinstate service members who were discharged or had their benefits slashed for refusing to be immunized against the coronavirus.