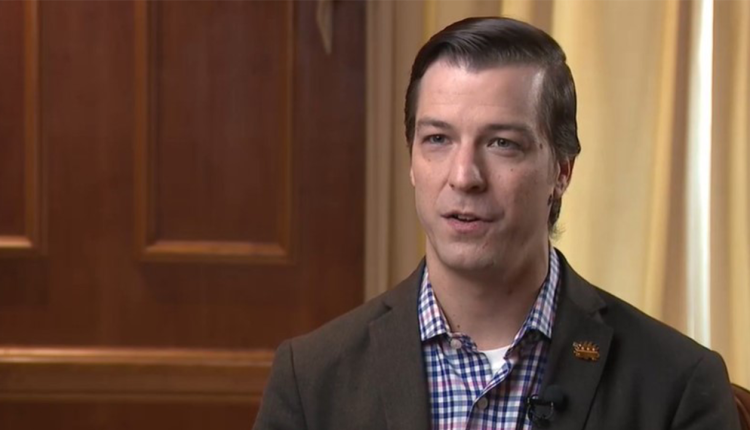 U.S. Senate candidate Chase Oliver, running as a Libertarian in Georgia for the seat held by Democrat Raphael Warnock, said he would be “happy” to force a runoff because it would reveal that voters are not pleased with Democrats or Republicans.

Candidates must receive 50% plus one vote to win outright in the Peach State.

Recent polling shows Oliver with about 4% of the vote. He is unlikely to have a shot at winning the Senate race against Warnock and Republican Herschel Walker, who is facing several controversies regarding his personal life. However, the Libertarian could force his opponents into a January runoff.

“I’m happy that there is a runoff because we need to have over 50% support of a candidate for them to be elected,” Oliver told FOX 5 Atlanta. “I don’t believe in plurality voting. That’s what leads to, you know, somebody who gets 40% of the vote representing 100% of the people. So, runoffs are a system that prevents that.”

Libertarian candidate Chase Oliver is likely to force the race for Georgia’s Senate seat into a runoff.
(FOX 5 Atlanta)

“If I cause a runoff, I’m happy that that happens because it will show that voters are frustrated with the two parties, and they want better options,” he continued.

A Fox News poll conducted last month had Warnock with a lead of 46% to Walker’s 41%.

Oliver’s 2022 Senate campaign is his second bid for public office. He ran in the 2020 special election to replace late Democratic Rep. John Lewis but was beaten by former Atlanta City Councilman Kwanza Hall.

Among Oliver’s priorities outlined during his campaign is ending the war on drugs. He said marijuana should be legalized at the federal level.

“Over half the United States population lives in a state where cannabis is legal,” he said. “I think it’s time we legalize it federally, and it will be good for the farmers in Georgia to have a new cash crop.”

Other issues at the center of Oliver’s campaign include immigration reform, criminal justice reform, cutting red tape for small business owners, defending the right to privacy and ending wars.

Oliver, who polling shows would receive just 4% of the vote, is unlikely to have a shot at winning the Senate race against Warnock and Republican Herschel Walker.
(FOX 5 Atlanta)

One of the big concerns for voters in November’s elections is abortion access, particularly after the Supreme Court overturned the landmark decision Roe v. Wade in June.

He said he’s pro-choice and believes the government should not tell women what they can do with their bodies.

Oliver also said he’s a supporter of Second Amendment rights, highlighting that he is a gun owner and believes it is a “good idea” for people to arm and defend themselves.

Oliver is vowing to be an alternative to those not satisfied with either major party and pushed back on the idea that a vote for a third-party candidate is a wasted vote.

Libertarians have been blamed in past elections for costing either Republicans or Democrats the win.

“Thanks to the runoff system we have, you’re not ever going to be spoiling for another candidate,” he said. “No vote is wasted if you’re voting principally, and you’re voting for someone that you believe it.”

A senior European diplomat receives a pension from a bankrupt fund

Princess Olga Romanov, cousin of Queen Elizabeth, is an actress in reality television…