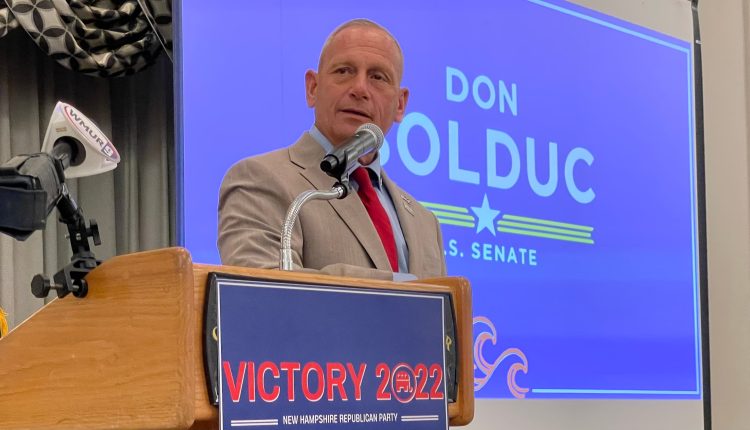 And Bolduc, the Republican Senate nominee in the crucial general election battleground state of New Hampshire, says that mission is to take on what he derides as “the career politicians” in the nation’s capital.

Bolduc, who’s challenging former governor and first-term Democratic Sen. Maggie Hassan in a race that’s among a handful across the country that will likely determine if the GOP wins back the Senate majority in November’s midterm elections, on Tuesday launched the first TV ad of his entire campaign.

“He served 10 tours in Afghanistan, hunting terrorists on horseback. Now, Don Bolduc is on a new mission,” says the narrator at the top of the spot, which was shared first with Fox News.

“Five bronze stars, 10 combat tours. The guts to fight Washington’s runaway inflation,” the narrator says as he spotlights Bolduc’s more than three decades in the military. “A true American hero.”

Bolduc, in the commercial, emphasizes that his campaign “isn’t about political parties, this is about Granite Staters.”

And taking aim at Hassan without mentioning her by name, Bolduc says, “We don’t need career politicians that operate off of money, special interests, self-interests and lobbyists. We need people with a heart.”

Bolduc’s campaign says the commercial will run statewide on broadcast and cable TV, but they didn’t give any more details on the ad buy behind the spot. AdImpact, a nationally known ad tracking firm, reported on Monday night that Bolduc and the National Republican Senatorial Committee (NRSC) had placed $268,000 to run the ad.

And the NRSC is expected to spend roughly $8 million in New Hampshire during the general election.

The former general, who’s making his second straight bid for the Senate in his native state, ran a populist-style campaign, emphasizing his MAGA-Republican and outsider credentials in a crowded and combustible GOP primary. Last month, Bolduc narrowly edged more mainstream conservative Chuck Morse, the state Senate president, to win the nomination. Bolduc struggled with fundraising in his primary run and only launched radio and digital ads.

Hassan, meanwhile, has built up a formidable war chest, and she holds an upper single-digit lead over Bolduc in an average of the most recent public opinion polls.

While this is Bolduc’s first TV ad, Hassan, along with the Democratic Senatorial Campaign Committee, have already spent a combined $16.5 million to run spots since New Hampshire’s Sept. 13 primary, according to AdImpact. And reservations show the Hassan campaign plans to spend at least an additional $7.5 million through the election.

Outside groups are also spending heavily in the small but important swing state.

Chinese President: My visit to Saudi Arabia will open a new era for relations

A senior European diplomat receives a pension from a bankrupt fund