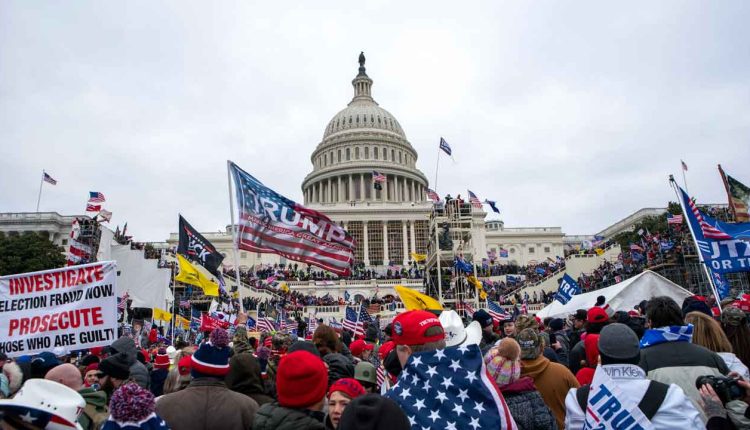 Former West Virginia Delegate Derrick Evans participated in the Capitol protest of Jan. 6, 2021, but now he is considering the possibility of going back to the Capitol as a member of Congress.

Evans, who served a three-month prison sentence after pleading guilty to civil disorder for his actions nearly two years ago, announced Tuesday that he has formed a congressional exploratory committee.

“Two months ago, I sat in federal prison thinking about the current state of politics in West Virginia and across America,” Evans said in a statement, adding that he “thought long and hard about all the variables” that he believes led to him going to prison, such as “[f]ailures by elected lawmakers and the media[.]”

Evans said that what led to him considering a reentry into politics after he resigned from office on Jan. 9, 2021, was the combination of the Republican Party’s underwhelming performance in this year’s midterm elections and domestic concerns such as inflation, the spread of fentanyl, the toll flooding has taken on parts of the country, election integrity, border security, and what he called an “abuse” of power by the Justice Department.

MASSACHUSETTS EX-TOWN OFFICIAL SENTENCED TO 15 DAYS IN PRISON FOR ROLE IN JAN. 6 PROTEST

In this Wednesday, Jan. 6, 2021 file photo, Trump supporters try to break through a police barrier at the Capitol in Washington. (AP Photo/Julio Cortez, File)
(The Associated Press)

“I can no longer remain silent about the impacts that these issues are having on our country,” Evans said. “After months of soul-searching, I am ready to step back into the political arena. Right now, my eyes are on Capitol Hill.”

Fox News Digital reached out to a representative for Evans for further comment, but they did not immediately respond.

Evans took video of himself as he was among the crowd that entered the Capitol on Jan. 6, 2021, streaming it live on the internet. In court, he apologized for his actions and said he got “caught up in a moment,” but a day after his sentencing he did a radio interview where he was asked if he had any regrets.