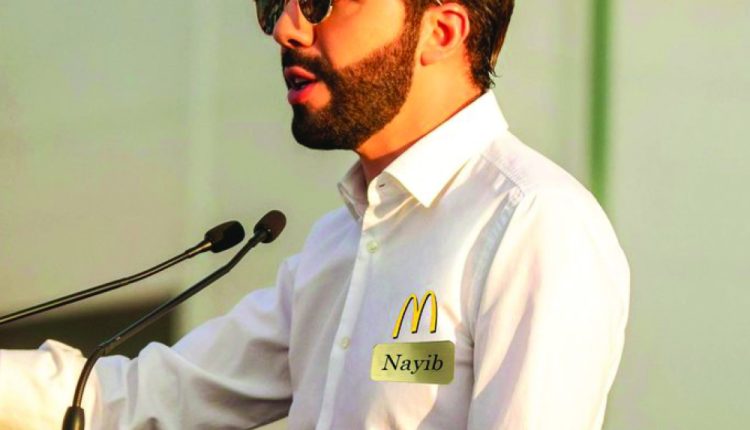 When the value of Bitcoin and other cryptocurrencies collapsed and took massive losses over the past week, a series of memes re-emerged on Twitter, some of which were launched by McDonald’s, mocking cryptocurrencies, and claiming that when cryptocurrency prices fall, traders should get paid. A real job to make ends meet, and they have to join the real business like working at McDonald’s selling burgers.

This time the sarcasm did not end here without a response. Cryptocurrency backers such as El Salvador’s President Neb Bukele and billionaire Elon Musk have jumped to their defense.

Bukele tweeted and posted a photo of him in his official McDonald’s uniform and company hat, and Elon Musk tweeted that he would eat a Happy Meal live if the fast food giant started accepting one of his favorite cryptocurrencies, Dogecoin, as a form of payment.

Bukele followed up with a tweet Monday that appeared to be a joke, encouraging McDonald’s employees to buy a McDonald’s meal with a piece of their paycheck. He ended the tweet by saying, “Now go back to flipping more burgers you lazy bastard, damn you.”

This isn’t the first time memes have been circulating that support McDonald’s, or other service providers, and are calling on online crypto communities to mitigate the drop in cryptocurrency prices.

In late June, when cryptocurrency prices dropped below $30,000, McDonald’s sent a tweet link to its job site, addressing job applicants, “Hey crypto traders, we invite you to apply to join us.” McDonald’s did not immediately respond to a request for comment.