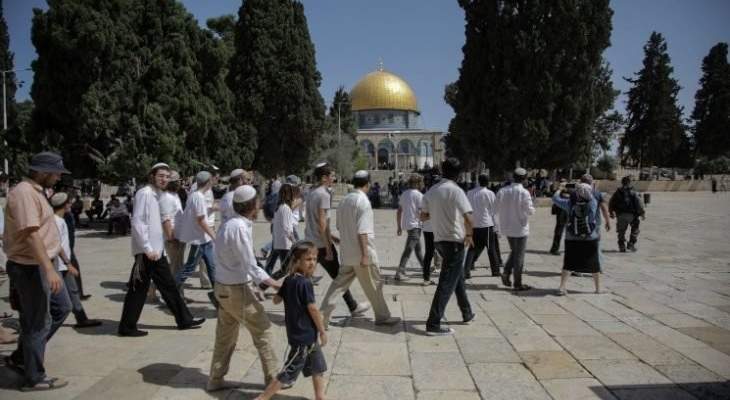 The Islamic Endowments Department in Jerusalem reported that dozens of settlers stormed, today, Sunday, the blessed Al-Aqsa Mosque, from the Mughrabi Gate, under the strict protection of the Israeli police.

In a statement reported by the Palestinian News and Information Agency (Wafa) today, the Endowments Department said, “Since the morning hours, successive groups of settlers stormed Al-Aqsa Mosque, carried out provocative tours, and performed Talmudic rituals in its courtyards.”

The agency indicated that the “alleged Temple” groups began mobilizing their supporters to carry out large-scale storming of Al-Aqsa Mosque, on the Jewish “Anwar / Hanukkah” holiday, which begins on December 18 and lasts for eight days.

According to the agency, “Jerusalem calls were made to intensify the crowd and tie at Al-Aqsa Mosque, to confront settler incursions and occupation plans.”

The agency said, “The Al-Aqsa Mosque is exposed daily, except for Friday and Saturday, to a series of incursions by settlers, in two periods, morning and evening.