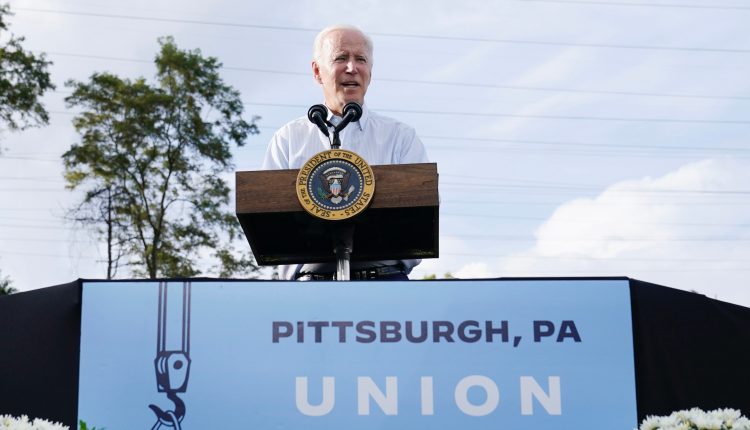 The Department of Labor will cut back on federal apprenticeship programs as it nixes a Trump administration policy regarded as a “threat” by labor unions.

The Biden administration will dissolve the Industry-Recognized Apprenticeship Program (IRAP) on November 25—a move that follows strong pressure from Democrats and labor unions who argue the program lacks necessary oversight from the DOL. The IRAP was established to expand apprenticeship programs beyond traditional labor professions like construction and into modern industries such as cybersecurity. The program allows authorized third-party employers to approve training programs instead of needing a direct approval from the DOL or a state agency.

Sen. Richard Burr, R-N.C., in a letter to Labor Secretary Marty Walsh obtained exclusively by Fox News Digital, wrote that the Biden administration’s criticisms of IRAP are illegitimate and promote a “false narrative” on labor regulations.

“I am disappointed DOL has taken away choices and limited high-quality training opportunities for American workers,” Burr wrote. “IRAPs are nimble, able to adapt to changing work practices, and match skills needed for modern industries.”

Apprenticeship programs allow workers to receive training at their place of employment to develop necessary skills and achieve higher wages. Prior to IRAP, this was all done at the federal level through the DOL Registered Apprenticeship Program, which has nearly 600,000 active apprentices and which continues to exist.

The majority of workers who participate in this federal apprenticeship program do so through joint labor management, which is a partnership between employers and labor unions. This is in part due to the prevalence of apprenticeship programs in construction-related industries, which have high rates of unionization. These industries are also largely white and male, which goes against the Biden administration’s policy of promoting equity through federal action.

The DOL declared in its decision that the IRAP “created a duplicative, lower-quality system.”

“By taking this regulatory action, the department reaffirms its commitment to the Registered Apprenticeship system and its value in helping U.S. workers, particularly those from underserved communities, to access good-paying, family sustaining jobs,” the DOL press release stated.

The DOL did not respond to a request for comment.

Leading labor union organizations such as the AFL-CIO, North America’s Building Trades Unions, and Laborers’ International Union of North America have advocated against the establishment of IRAPs.

“President Biden and Vice President Harris recognized that IRAPs were a threat to union workers and they eliminated them by rescinding the previous Administration’s order supporting IRAPs and ordered the Department of Labor to act on new rules to reverse these harmful, anti-worker, union-busting programs,” the Laborers’ International Union of North America states on its website.

Democrats had no choice but to save their labor allies at the expense of the program’s beneficiaries charged Mark Mix, president of the National Right to Work Committee. Mix said IRAPs pose a threat to union control by expanding apprenticeships to a wider variety of industries with a lesser rate of unionization.

“The Biden Department of Labor has been stocked with former union officials since day one,” Mix told Fox News Digital. “It’s obvious that President Biden planned to bestow big powers on his union political allies who helped propel him to the White House. The suppression of these apprenticeship programs takes away opportunities from workers just to boost union control over American employees and their training, even as a near-record low percentage of workers are voluntarily associating with unions.”

Biden has declared himself the most pro-labor union president in history. He has advocated for Congress to pass the PRO Act, which would end right-to-work laws that ban union membership as a term of employment in more than a dozen states. Labor unions donated $27.5 million to Biden’s 2020 presidential campaign.

Biden has filled several positions at the National Labor Relations Board, the nation’s top labor arbiter, with influential labor leaders. Jennifer Abruzzo was appointed general counsel of the NLRB after working as an attorney for the Communications Workers of America.

Patrick Hauf is a politics writer for Fox News Digital. Story tips can be sent to [email protected] and on Twitter: @PatrickHauf