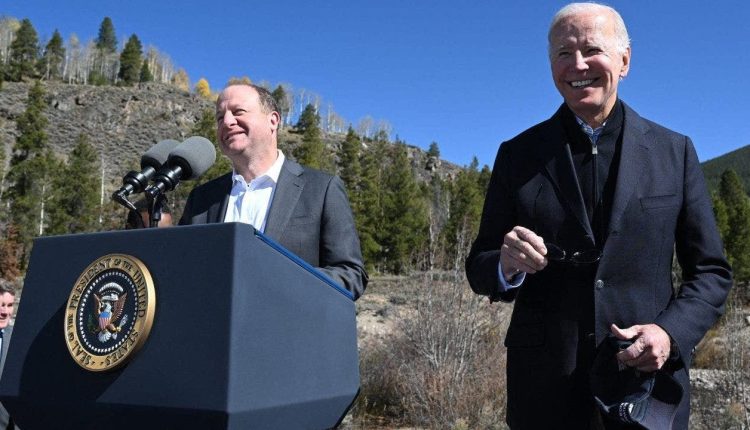 Democratic Colorado Gov. Jared Polis on Sunday declined to endorse President Biden’s call for a ban on so-called “assault weapons,” but he said he would be willing to look at further licensing requirements for certain “high-powered weapons.”

Polis, who is relatively conservative on gun issues and has criticized calls for assault weapons bans in the past, was asked by NBC News “Meet the Press” host Chuck Todd whether he would support a federal ban on assault weapons proposed by Biden last week after a mass shooting in Colorado Springs.

“In Colorado, we have a magazine limit – 15 bullets, no more than 15 bullets in a magazine. So effectively, it reduces the ability of high-powered weapons to do harm. So look, I think all these things, including the red flag law, and expanding its use should really be looked at,” Polis said. “But again, it’s not just about gun policy. Yes, that should be on the table to discuss in a thoughtful, rational way. But we also need to talk about mental health. We need to talk about the divisive rhetoric that even some people who aspire to positions of leadership in our country unfortunately use almost every day.”

After a gunman killed five people and wounded dozens others at a Colorado LGBTQ nightclub on Nov. 19, Biden said he would push federal lawmakers to enact a new assault weapons ban before January when the next Congress took office and Republicans gained control of the House.

“The idea we still allow semi-automatic weapons to be purchased is sick. Just sick,” Biden said during a press event in Nantucket, Massachusetts, on Thanksgiving Day. “I’m going to try to get rid of assault weapons.”

The president appeared to conflate “assault” weapons with all semi-automatic weapons, which make up a large swath of rifle, handgun, and shotgun purchases in the U.S. A semi-automatic weapon automatically reloads each shot but only fires one round each time the trigger is manually pulled.

When Democrats use the controversial term “assault weapons,” they are typically referring to a group of semi-automatic long rifles, like the AR-15, that can fire 30 rounds without reloading. A 1994 ban that was signed into law by President Bill Clinton and expired in 2004 specifically outlawed 19 types of semi-automatic firearms, as well as other rifles, shotguns, and handguns that possessed two or more of a certain set of features, including pistol grips, detachable magazines, and sound suppressors. The maximum capacity of a magazine was also set at 10 rounds.

U.S. President Joe Biden walks with Hunter Biden and his wife Melissa Cohen after having lunch in Nantucket, Massachusetts, on November 25, 2022.
(MANDEL NGAN/AFP via Getty Images)

A study released for the Department of Justice in 2004 found that the ban’s “impact on gun violence is likely to be small at best, and perhaps too small for reliable measurement.”

On Sunday, Todd pressed Polis a second time on whether he would support a renewed ban, and the governor conceded that he’d be open to looking at further licensing requirements for certain “high-powered weapons.”

“I was generally supportive of national efforts towards closing the gun show loophole, towards having a conversation about which type of weapons were used,” the governor said. “As you know, fully automatic weapons are already effectively banned – we shouldn’t say that, there’s a way to get a federal license to operate one. But if you’re talking about a similar process where you need an additional license or background check for some of the most high-powered weapons, I did support that as a member of Congress.”

“That’s the kind of thing that we should be looking at nationally, but not to the exclusion of all these other things that we’re talking about, which can be important as well,” he said, referring to measures to address mental health.

Jessica Chasmar is a digital writer on the politics team for Fox News and Fox Business. Story tips can be sent to [email protected]