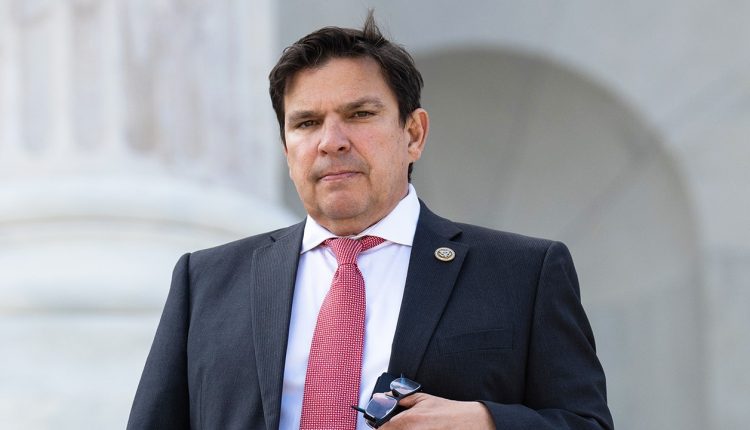 In November 2014, Juan Montoya, who operates the El Rrun Rrun blog, amplified the insensitive comments that were penned by Jerry McHale, another blogger who was revealed in July to have made numerous racist and sexist remarks through his own blog that targeted GOP Rep. Mayra Flores.

In the post shared to Montoya’s blog, McHale, who was also paid by the Gonzalez campaign for “advertising services” through his own blog, made racist comments through “one of his alter personalities” known as Dr. G.F. McHale-Scully.

Describing Republican politicians, who he believed the GOP should prop up in elections, McHale stated: “The voters look at the Cameron County Republicans as viable options. If the party of the rich, racists and religious right ran Terry Ray or Bud Richards or Harry McNair, the Democrats would prevail in landslides, but Tony Garza, Cascos and Garcia aren’t reactionary ideologues, born-again Christians or prudes.”

Rep. Vicente González, D-Texas, walks down the House steps after a vote in the Capitol on Thursday, Sept. 15, 2022.
(Bill Clark/CQ-Roll Call, Inc via Getty Images)

“They like to f— and drink. They are reasonable individuals who aren’t ranting and raving that Barack Obama is a god-mn n—– who is bringing the world to an end,” he added. “They aren’t wasting any rhetoric opposing gay marriage, abortion or legalizing marijuana.”

As of Thursday afternoon, advertisements for Gonzalez’s campaign remain active on Montoya’s blog, leading those who inquire to the Texas candidate’s Facebook page.

Records filed with the Federal Election Commission show that Montoya has received at least two different payments from the Gonzalez campaign for “advertising services,” one for $1,000 in October 2021 and another for $1,200 in June 2022.

“He pays for an ad,” Montoya said of Gonzalez in a brief conversation with Fox News Digital.

Describing McHale, Montoya said he has “always been” a “shock and awe” type of guy. “He uses the N-word at times… just to get away with it,” Montoya said. “He’s been doing that for a long time.”

Montoya said McHale, who he has known for quite some time, believes that if you “shock people and they’ll come back to read your stuff again.”

Rep. Vicente Gonzalez, D-Texas, speaks with Fox News Digital ahead of a field hearing for the Select Committee on Economic Disparity and Fairness in Growth on Friday, June 17, 2022.
(Fox News/Tyler Olson)

“I never believed in that because it does hurt people,” Montoya said, adding that some of McHale’s words are really “distasteful” and “something you don’t wanna be associated with.”

When asked about the sharing of McHale’s words to his own blog and whether he was still doing it, Montoya said, “No, not really, not lately. At one time, when he was writing stuff that mattered I did, but then we had a falling out. Some would say he is no respecter of people.”

Montoya said a lot of what McHale has said is “not at all” reflective of his own views.

In a statement to Fox, the Gonzalez campaign insisted that it has “already cut ties with the author of this post” and that the language used in the blog post is “abhorrent.”

“We have already cut ties with the author of this post. While this post was made in 2014, 8 years ago and 3 years before the Congressman was sworn into office, the language in this is abhorrent and the Congressman does not condone these comments,” a campaign spokesperson said. “Congressman Gonzalez has fought for all South Texans, regardless of race or creed, and will continue to do so.”

Through his own blog, titled “The McHale Report,” McHale has perviously offered several racist and sexist remarks about Flores, who will face off against Gonzalez in the state’s November 8 election to represent Texas’ 34th Congressional District.

While speaking to Fox News Digital in July, McHale said the posts on his own blog are “satire” and that he has never spoken with Gonzalez.

When asked whether he believed it was appropriate to use the derogatory language to refer to Flores, McHale responded, “Miss Frijoles? … I have no problem with it.”

In a June 18 post, McHale, quoting a conversation he had with a friend, wrote: “‘Maclovio O’Malley, la Voz de los Vatos who wants me to put an ad of Vicente Gonzalez in front of my businesses although I have to admit that I would risk my relationship with lovely Amanda for a night with Mayra Flores, says that the Oyster Bar food smells like rotten p–sy. And I have had more than my share of rotten p–sy that I don’t want to endure that culinary catastrophe again.'”

Texas GOP Rep. Mayra Flores is interviewed by a reporter outside the Capitol Building after being sworn in on June 21, 2022 in Washington, D.C.
(Anna Moneymaker/Getty Images)

McHale told Fox that he had “no problems” with the post referencing Flores and the oyster bar.

In a statement to Fox News Digital at the time, Flores responded to the posts from McHale and accused Gonzalez of hiring the blogger to attack her Hispanic heritage and sexually degrade her, calling the action “truly sick.”