Charles III .. “lover of the Republic of Imbaba” and champion of popular neighborhoods 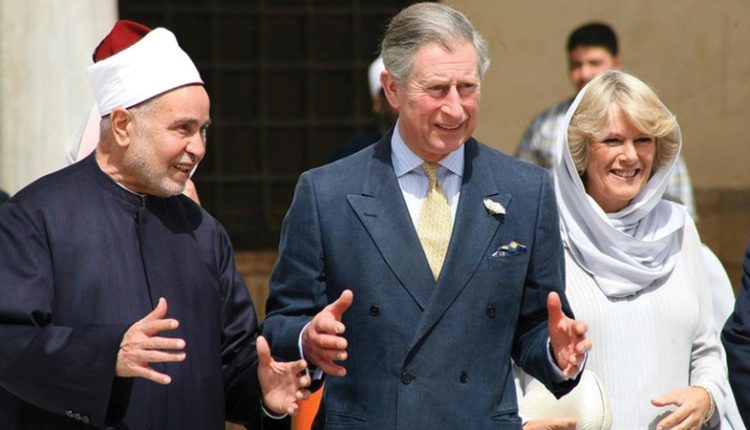 The world followed the events of the burial of the late British Queen Elizabeth II, and the ascension of King Charles III to the throne with passion, but the popular Imbaba neighborhood in Egypt considered that the occasion concerned him in particular, as the British monarch had an exceptional relationship with the neighborhood, since his visit to it in the nineties, and his support for it after the name of « The Republic of Imbaba” and the international media, after extremists attempted to socialize his children, while Charles considered his visit a behavior in line with his own ideology and formation, supporting the marginalized and sympathetic to Muslims, against Islamophobia and extremism at the same time, according to his statements.

Engineer Mohsen al-Ahmar, an old resident of Imbaba, told “Emirates Today” that “King Charles links him to Imbaba with a special history, as he visited it at a sensitive moment in the early nineties, and it was just emerging from its battle with extremism, after extremists imposed their social control on its children, In some areas of Al-Munirah Al-Gharbiya, they prevented weddings, controlled people’s clothing and social behavior, and established a state within the state. At the head of these extremists was a person named Jaber, who Egyptian media said at the time that he was originally working in a band in amusement parks.

Al-Ahmar added that “the battle that Imbaba witnessed to get rid of this situation was fierce, as the security forces mobilized about 13,000 soldiers and officers, to get rid of the extremists, ended with the arrest of their leader Jaber, after 15 days of pursuit, and the situation was followed by the then-President of the Republic, Muhammad Hosni.” Mubarak himself, and criticized the expression (Imbaba Republic), which was launched by international media on the region that witnessed the events, and accused it of exaggeration with the aim of distribution, sale and spread.

Al-Ahmar said that “King Charles visited Imbaba, which was attracted by the international media’s talk about the privacy of its popular details after the end of the confrontations, and he met its people, and walked in the overcrowded Bouhi Street, which still bears a monument to this visit, and witnessed the opening of a culture palace in the area, and offered to contribute with his efforts in Developing the region so that its youth do not become prey once again to extremists.”

Al-Ahmar added that “the generations of old Imbaba still remember that visit, whose revival was reinforced by Charles’s second visit to Egypt after that, and his wife Camilla’s visit to Ezbet Khairallah, located on the outskirts of Maadi, on that visit, and introduced her to pioneering experiences to empower women in the region, among which was the cultivation of roofs homes, and the establishment of factories to recycle waste in an environmentally friendly framework.”

In a parallel context, experts and observers said, “King Charles’ historic visit to Imbaba, which is one of four visits he has made to Egypt since the early eighties, comes within a more comprehensive framework related to his special sympathy for the issues of the marginalized on the one hand, and his exceptional support for Islamic civilization in the face of attempts to Its distortion by the fanatics of “Islamophobia” in the West on the other hand, and the extremists on the third hand.”

In her article in Al-Ahram Weekly, journalist Amira Howaidi referred to Charles’s speech in support of Islamic civilization at Oxford University, which was titled “Islam and the Environment”, as she referred to what the writer Robert Juston touched on, in his book “Charles in the Seventies”. ..ideas, hopes and dreams”, about “King Charles’ rejection of the war on Iraq”, “his entry into a heated battle with the pro-war Prime Minister Tony Blair”, and “turning the weekly meeting between Blair and Queen Elizabeth into a Saddam arena on this matter”, as well as He refers to his “declaration of solidarity with the suffering of the Palestinian people during his visit to the occupied territories.”