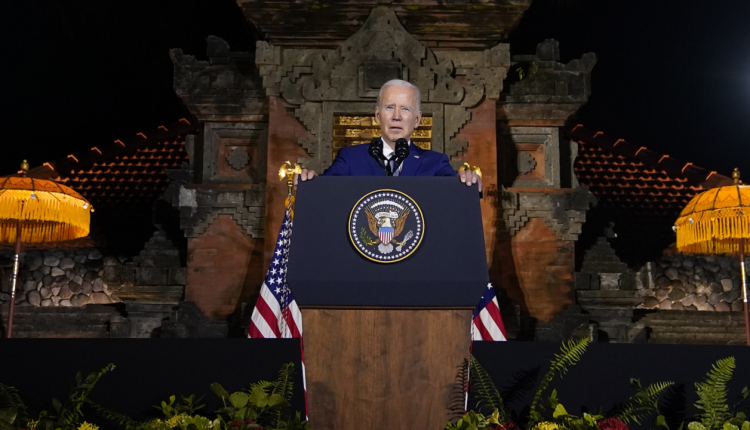 President Joe Biden announced Thursday he will pump $36 billion into a union pension plan to prevent drastic benefit cuts for pensioners, just a week after he signed a railroad labor deal opposed by several union organizations.

The announcement marks the largest federal award for retiree pensions in history and is funded by Biden’s $1.9 trillion American Rescue Plan, according to the White House. The $36 billion will go to the Central States Pension Fund, which is for mostly Teamster union members.

The $36 billion amounts to about half of the available federal funds for pension relief under the American Rescue Plan. The pension fund, which covers 350,000 members, was at risk of cuts as high as 60%, but the White House said the fund will now be stable until at least 2051.

“Thanks to today’s announcement, tens of thousands of union retirees and workers in states like Ohio, Michigan, Texas, Minnesota, Wisconsin, Missouri can go to bed tonight knowing their pension they worked so damn hard for is going to be there when they need it,” Biden said. He spoke at the White House with Secretary of Labor Marty Walsh, Teamsters President Sean O’Brien and AFL-CIO President Liz Shuler.

Biden’s announcement came a week after he negotiated a labor agreement with railroad companies that did not include paid sick leave. Four unions insisted that more paid sick days must be added to the deal, including the Teamsters’ maintenance union, but Congress passed the plan without extra sick time in order to avoid a strike.

Giancarlo Sopo, a Republican strategist, said Biden’s decision is a makeup call to his union allies that he disappointed last week.

“Joe Biden is using taxpayer coffers as his political piggyback to ameliorate his tensions with the Teamsters after failing to fight for the paid sick leave that workers wanted and, quite frankly, deserved,” Sopo told Fox News Digital.

The White House said the timing of the announcement was related to a Dec. 10 deadline for awarding pension relief.

“We are highlighting it because it is the largest award of the Special Financial Assistance program,” a White House official told Fox News Digital.

Mark Mix, president of the National Right to Work Committee, said a bailout to failed pension plans is pointless without reform to ensure the program can last on its own.

“Once again, Biden is paying back his Big Labor allies to the detriment of taxpayers and the 90 percent of American workers who have chosen not to affiliate with a union,” Mix told Fox News Digital. “Long before COVID, union officials have been mismanaging plans like the Teamsters Central States fund, which makes it especially offensive that the pandemic has been used as an excuse for this bailout.”

Biden has declared himself the most pro-union president in history. He filled several positions at the National Labor Relations Board, the nation’s top labor arbiter, with influential union leaders such as Jennifer Abruzzo, a former attorney for the Communications Workers of America. He has pushed Congress to pass the PRO Act, which would end right-to-work laws in more than a dozen states that ban union membership as a term of employment.

NEW YORK TIMES STAFFERS SPEAK OUT AGAINST MANAGEMENT AMID STRIKE: ‘WE’RE FIGHTING FOR A FAIR CONTRACT’

Clark Ballew, the director of communications for the Brotherhood of Maintenance of Way Employees Division of the International Brotherhood of Teamsters, which opposed Biden’s railroad agreement, said the pension funds are a relief to workers after they failed to win additional sick days.

“We cannot claim that the president’s decision this morning was directly influenced by our push in Congress last week, those fellow Teamsters worked incredibly hard for years to obtain this victory,” Ballew told Fox News Digital. “But if the public browbeating we put on the miserly railroads last week in Congress helped with the Teamster pension gain this morning, then that is good. That is a win in our book.”

Patrick Hauf is a politics writer for Fox News Digital.