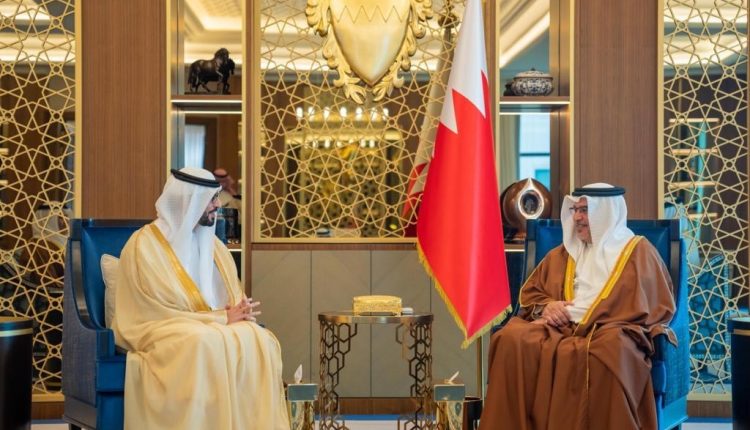 His Highness affirmed his pride in the deep-rooted brotherly historical relations between the Kingdom of Bahrain and its sister country, the UAE, which are based on strong foundations of brotherhood, visions, understanding and joint coordination.

The two sides also highlighted the common goal of building on existing cooperation and complementarity at various levels. In this regard, they praised the positive results achieved by the partnership between the UAE and the Kingdom of Bahrain for both countries and their peoples, as well as their aspirations for development and prosperity as a result of the support of the leaderships of the two countries.

For his part, Sheikh Sultan bin Hamdan bin Zayed Al Nahyan stressed the UAE’s interest in strengthening the paths of cooperation and integration between the two brotherly countries, expressing pride in the progress achieved in bilateral cooperation at all levels.

His Excellency praised the development of the deep-rooted relations, which are embodied in the frameworks of partnership and cooperation, thanks to the care and attention they receive from His Highness Sheikh Mohammed bin Zayed Al Nahyan, President of the State, and His Majesty King Hamad bin Isa Al Khalifa, King of the Kingdom of Bahrain, stressing the keenness to Advancing fraternal relations to meet the aspirations of the people of the two brotherly countries.