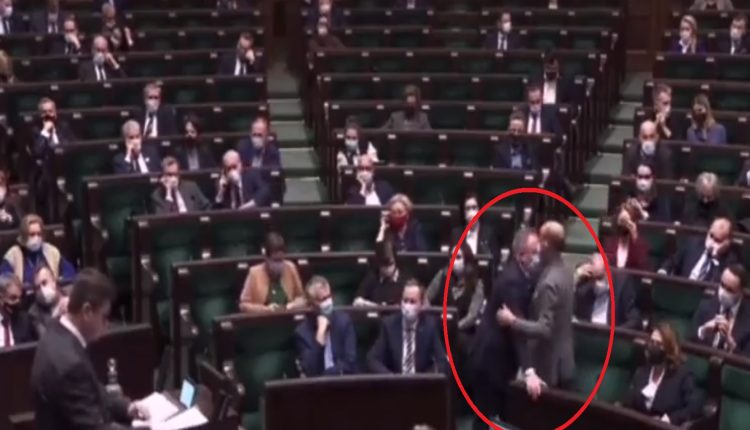 Yesterday, Thursday, activists on social media circulated a video clip documenting a scandal in the Polish parliament, in which the former Minister of the Interior and a member of the “Civil Platform” party, Bartolomé Sienkiewicz, appeared drunk in the meeting room..

The circulating video documented the moment Senkevich entered the conference room during a speech by one of his colleagues, and amazingly moved to the first row, where his party colleague Boris Budka was sitting, and began to talk to him..

It was only Budka to get up from his seat and get his drunk colleague out of the hall, amid the refusing cries of some legislators..

Some lawmakers behind the podium called for his colleague to be examined, with one saying: “It seems to me that we need a breathalyzer in the hall, I’d like to order an alcohol analyzer in the hall.”

Senkevich later said that “a campaign is being waged against the opposition,” and declined to comment on his behavior in the parliament hall..

It is worth noting that the incident angered most Polish politicians, as Representative Janusz Kowalski said: “An employee who comes to work under the influence of alcohol, should be disciplinary off immediately,” adding that the Polish parliament member “must perform his service in a dignified manner in an adoptive manner.” trust”.