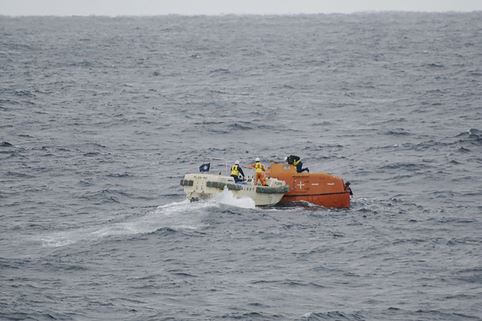 The Republic of Korea Coast Guard announced that a Hong Kong-registered cargo ship carrying 22 crew members sank off the southern island of Jeju today. Three of them have been rescued, and the search is still on for the others.

The Korean news agency “Yonhap” quoted the coast guard as saying that the ship was transporting timber weighing 6,551 tons, and sent a distress signal in the waters 148.2 kilometers southeast of Seogwipo city on Jeju Island.

Korean authorities said that three crew members were rescued by other ships sailing near the site, and added that the coast guard is conducting a joint search and rescue operation with their Japanese counterparts for the other crew members.