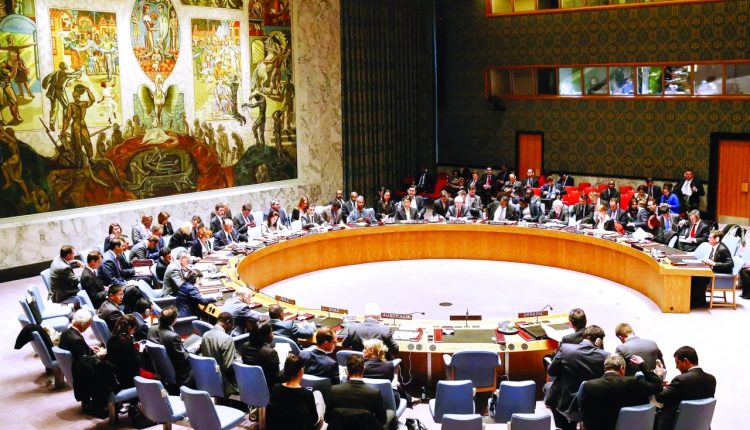 Arab and international condemnations continued for the second day in a row regarding the targeting of the Pakistani embassy in Kabul and the head of mission in Pakistan. The Security Council issued a statement calling for ensuring the safety of diplomatic and consular buildings.

The members of the Security Council stressed the need to hold the perpetrators, organizers, financiers and sponsors of these heinous terrorist acts accountable and bring them to justice, stressing the basic principle of commitment to the inviolability of diplomatic and consular premises, and other obligations under the Vienna Convention on Diplomatic Relations of 1961 and the Vienna Convention on Consular Relations of 1963.

This includes taking all appropriate steps to protect diplomatic relations and consular premises against any intrusion or damage, as well as preventing any breach of the security of these missions, infringement of their dignity, or assault on their premises, diplomats, agents, employees and consular workers.

The Kingdom of Saudi Arabia condemned, in the strongest terms, the attempted assassination of Pakistan’s ambassador to Afghanistan. In a statement, the Ministry of Foreign Affairs expressed “the Kingdom of Saudi Arabia’s condemnation and strong denunciation of the armed attack on the Embassy of the Islamic Republic of Pakistan in Kabul, and the failed attempt to assassinate the Chargé d’Affairs of the Pakistani Embassy.”

The ministry reaffirmed the Kingdom’s firm position calling for renouncing violence and terrorism wherever it may be, expressing the Kingdom’s full solidarity and standing by Pakistan and its brotherly people in the face of terrorism.

Bahrain condemned the terrorist attack, stressing the need to protect diplomatic missions and headquarters in accordance with the norms and charters that regulate international diplomatic work. In a statement, the Kingdom expressed its solidarity with Pakistan and its friendly people, and its rejection of all acts of violence, extremism and terrorism that contradict moral and human values ​​and principles.

The Prime Minister of Pakistan, Shehbaz Sharif, called on the Taliban rulers to investigate and take action against the perpetrators of the terrorist attack. “I demand an immediate investigation and action against the perpetrators of this heinous act,” Sharif said in a tweet. The Pakistani embassy compound in Kabul was attacked the day before yesterday, targeting the head of the mission, Obaid Rahman Nizamani. The ambassador was not hurt, but a security guard was seriously injured in the attack. Pakistan summoned the Afghan charge d’affairs to express Pakistan’s deep concerns.