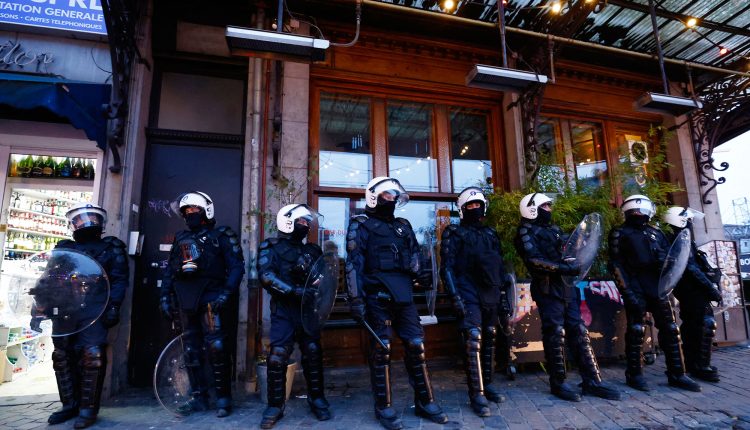 Violence erupted in Brussels on Sunday, as “dozens” of people attacked public property and security personnel, following Morocco’s victory over Belgium at the World Cup in Qatar, police said.

And the police said in a statement that even before the end of the match, “dozens of people, some wearing headscarves, sought to confront the police” in the city center, “which disturbed public security.”

She added that explosives were used and projectiles were thrown, while some armed themselves with sticks, and others set fire to the public road and sabotaged a traffic signal.

The police explained that “a journalist was hit in the face with explosives,” and its officers intervened using water cannons and tear gas.

About 100 security personnel dealt with the incidents, and some of them were injured by projectiles during the intervention.
Police told residents and fans to avoid certain areas of the city centre, and closed metro stations and streets to reduce congestion.

“I condemn in the strongest terms the events that took place this afternoon,” Brussels Mayor Philippe Close said on Twitter.

“The police ordered the implementation of administrative arrests against the rioters,” he added.