Under the directives of Mohammed bin Rashid .. the largest movement in search of geniuses .. the UAE addresses the brain drain with the “Arab Nobel” 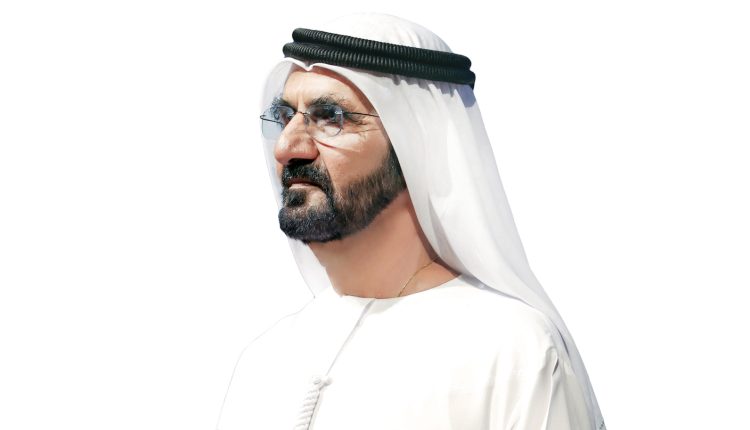 His Excellency Mohammed Abdullah Al Gergawi, Minister of Cabinet Affairs, Chairman of the Arab Witnesses Committee and Secretary General of the Mohammed bin Rashid Al Maktoum Global Initiatives, announced the details of the “Arab Witnesses” initiative, launched by His Highness Sheikh Mohammed bin Rashid Al Maktoum, Vice President and Prime Minister of the UAE and Ruler Dubai, may God protect him, last January as the largest scientific movement in the Arab world. The initiative, which is held under the umbrella of the Mohammed bin Rashid Al Maktoum Global Initiatives Foundation, aims to build a sustainable and integrated system to discover talents in the Arab world, maximize their impact, scientific contributions and projects on Arab societies, and address the phenomenon of brain drain in the Arab world by creating promising opportunities for Arab talents.

His Excellency Mohammed Al Gergawi stressed that His Highness Sheikh Mohammed bin Rashid Al Maktoum, may God protect him, is a leader who understands the importance of movement, change and development, and is betting on the Arab person to raise the ceiling of ambitions at the level of the region, which made us believe that the Arab person can achieve the impossible.

His Excellency added: “His Highness Sheikh Mohammed bin Rashid Al Maktoum presented the world with an experience of an Arab city, which is considered one of the best cities in the world according to various indicators and reports. Dubai includes 200 different nationalities, and is considered one of the safest cities in the world, and includes 17 cities in one city for science and finance. technology, media, design, and others. His Excellency pointed out that the “Arab Witnesses” initiative reflects the vision of His Highness Sheikh Mohammed bin Rashid Al Maktoum, which aims to activate a scientific and creative movement in all parts of the region. , which is estimated at a value of one million dirhams for each category in order to support projects and research of geniuses, where an annual ceremony will be held to announce the winners and a list of Arab geniuses to support them to play their positive and civilized role at the level of the region.

His Excellency Mohammed Al Gergawi said: “As much as we feel proud of everything that has been achieved in the House of Wisdom and the scientific achievements of the Arabs.. His Highness Sheikh Mohammed bin Rashid Al Maktoum taught us that we, as Arabs, can achieve scientific achievements that have not been achieved in history.. For the first time in history, the Arabs arrived To Mars, for the first time the Arabs made satellites with their own hands, and for the first time and for the longest time the Arabs are on a mission on the surface of the International Space Station.”

His Excellency pointed to the close link between science and reading, pointing to the importance of the Arab Reading Challenge project, which was launched and sponsored by His Highness Sheikh Mohammed bin Rashid Al Maktoum, to form an effective and effective model to confront the significant decline in reading rates at the global level, where more than 78 participated in the initiative. One million students, with an average annual reading of 50 books per student.

His Excellency Mohammed Al Gergawi added that the development projects launched by His Highness Sheikh Mohammed bin Rashid Al Maktoum to serve the region benefited more than 91 million beneficiaries. On the importance of the “Arab Brigades” initiative, which is an extension of knowledge projects aimed at spreading scientific awareness in the region and confronting ignorance and its effects, a study conducted by KPMG indicated that ignorance costs the Arab world more than two trillion dollars.

This came during an event held at the Museum of the Future, to announce the details of the initiative, which is being held under the umbrella of the Mohammed bin Rashid Al Maktoum Global Initiatives, and included the signing of strategic partnerships with KPMG, Linkedin International, and Meta. And the Galaxy Company. During the event, the categories of the initiative were revealed, which include natural sciences (physics, chemistry, and mathematics), medicine, literature and arts, economics, engineering and technology, architecture and design, in addition to announcing the nomination and selection mechanism, as individuals who meet the required criteria can nominate themselves to be among Arab geniuses, and institutions in the Arab world, universities, and research centers can submit a nomination file, provided that the nominations are reviewed annually, to choose a group for each category of the initiative to form a list of Arab geniuses annually, and one winner will be chosen for each category to be Honoring them with the Mohammed bin Rashid Medal for Arab geniuses.

Individuals can nominate by filling out and submitting the nomination form via the Arab Stars digital platform according to a set of conditions and controls that include passing the evaluation stage of basic criteria, verifying all the information and documents mentioned for the candidate, and then evaluating the candidates by a specialized committee of experts under the supervision of KB MG, and according to a specific set of evaluation criteria. The evaluation criteria include the size of the achievement and its impact on the Arab world, the academic and global recognition of the work, the originality and richness of the idea or work, the opportunities and capabilities associated with the field of research, the idea or the work, in addition to excellence and exceptional talent in the field of specialization.

The nomination file must include a set of criteria, such as membership or fellowship in academic or research institutions, or organizations related to specialization, academic, scientific, and professional accreditations related to the field of work, awards and certificates of appreciation in the field of work, in addition to completed projects, and letters of recommendation in the two fields. Academic and professional.

Qualifications also include notable impact in the field of work, publications, theories and ideas presented in credible and reputable platforms, and a track record of academic and professional achievements. The “Arab Brigades” initiative seeks to supervise outstanding talents of exceptional Arab scientists, thinkers, inventors, innovators and creators in various fields, to sponsor them in their research and laboratories, develop their capabilities and ideas, link them with the largest international companies, in addition to cooperating with strategic and global partners to sponsor them Empowering them to develop their ideas and maximize their positive impact in the region.

The initiative is based on an integrated plan to discover and supervise geniuses during 5 consecutive years, and this includes publishing a list of Arab geniuses annually, and honoring them. The initiative also provides for the empowerment of Arab geniuses by providing them with the required support, to participate in development programs in the United Arab Emirates and at the level of the entire Arab world, as well as providing the required resources, so that they can continue working on their research and projects in partnership with major companies around the world. .

The “Arab Brilliant” aims to search for outstanding talents, minds and Arab creativity, and invest in their abilities, energies, knowledge and sciences. This will create a generation of scholars and thinkers who are able to lead the Arab movement and encourage future Arab generations.

The initiative also seeks to build an Arab network of thinkers, scholars and exceptional talents to work as one Arab team, and to achieve a scientific renaissance capable of promoting and accelerating the growth of the knowledge economy in the Arab world. The “Arab genius” includes a number of vital and strategic sectors, which are a cornerstone for achieving leadership and development in various societies, including natural sciences, such as mathematics, physics, chemistry, environmental biology, and its sub-fields, medicine, literature and arts, economics, engineering and technology, architecture and design. .

The Arab Brilliant Award for Natural Sciences is awarded to individuals who have contributed to making discoveries and enhancing knowledge related to the fields of natural sciences. For those who contributed to the creation of a literary or artistic work that stimulates cultural, social and intellectual enrichment and achieves a positive impact on society.

In the economic field, the Arab Nabilites Award is awarded to those who contributed to the development of macro and micro economic solutions, strategies or policies that have had a positive impact on societies, provided that the Arab Nabilites Award for Engineering and Technology is awarded to those who contributed to progress, inventions and innovations, or research related to the fields of engineering and technology. In the fields of architecture and design, the award is given to the individual who has contributed to achieving progress and enhancing technical knowledge about design and innovation in the fields of architecture and the sub-fields of design and its general concept, paving the way for the development of new solutions related to design applications in societies, and the role of architecture and design in improving the quality of life .

The “Arab genius” comes in an essential step to achieve the scientific renaissance in the Arab world, and to address the negative repercussions of brain drain in the region, especially since the Arab world loses billions annually, and many development opportunities due to the migration of scientists, experts, thinkers, doctors and engineers annually, while Thousands of patents are registered in the West for Arab inventors and innovators.