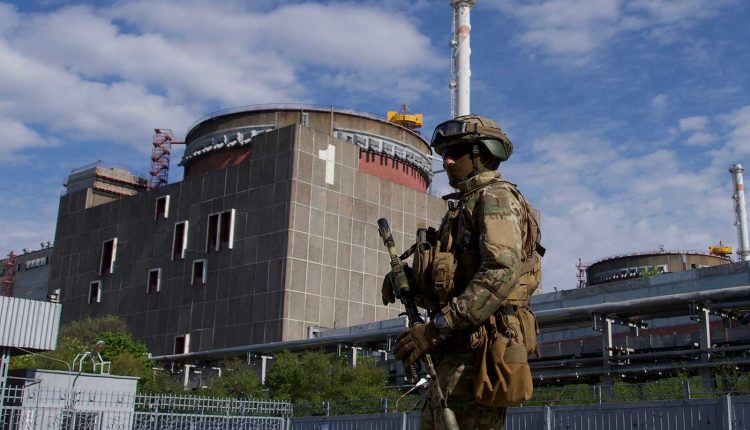 The head of Ukraine’s state nuclear energy company revealed today that there are indications that Russian forces may be preparing to leave the huge Zaporizhia nuclear power plant, which they seized in March, shortly after the start of the war..

Such a move would mark a major shift in the battlefield in the Zaporizhia region, where the front line has not changed much for months, and frequent bombing in its vicinity has raised fears of a nuclear catastrophe..

“In recent weeks, we are actually receiving information that indications have appeared that they may be preparing to leave (the station),” Petro Kotin, head of the Ukrainian company EnergoAtom, told national television.

He added, “In principle, there are a very large number of reports in the Russian media that it is worth evacuating (the plant) and possibly transferring control (to the International Atomic Energy Agency)” of the United Nations.

He continued, “There is an impression that they are packing their bags and stealing everything they can.”

Russia and Ukraine, which witnessed the worst nuclear accident in the world in Chernobyl in 1986, have been exchanging accusations for months of bombing the Zaporizhya plant complex, which no longer generates energy..

In response to a question about whether it was too early to talk about the Russian forces leaving the station, Cotten said to the television: “It is too early. We don’t expect it to happen now, but they are preparing (to leave).”

And the Director-General of the International Atomic Energy Agency met a Russian delegation in Istanbul on November 23 to discuss the establishment of a protection zone around the plant, which is the largest in Europe, to prevent a nuclear disaster. Zaporizhia used to provide about 20 percent of Ukraine’s electricity.

RIA news agency quoted Russian Deputy Foreign Minister Sergei Ryabkov a day after the meeting as saying the decision on the protection zone should be taken “very quickly”.

Gargash: The problems of the region are complex and complex, and there is no…