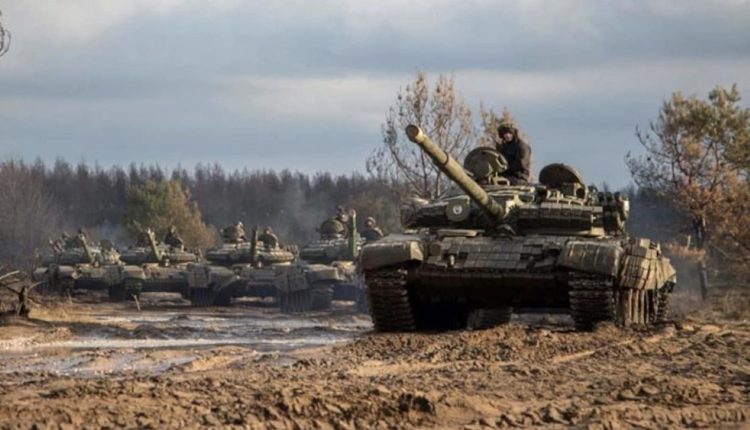 Ukraine counted for the first time yesterday, Thursday, its gains in the south, revealing that it had regained 500 square kilometers in two weeks, at a time when Russian forces confirmed that they were maintaining the steadfastness of their defensive line.

The Ukrainian army has launched an offensive on all fronts since the beginning of September, and has already recaptured most of the Kharkiv region in the northeast, and important logistical areas such as Izyum, Kobyansk and Lyman.

Ukrainian President Volodymyr Zelensky said Thursday evening that since October 1, in the Kherson region alone, more than 500 square kilometers of land and dozens of villages have been liberated.

On Thursday, Moscow attacked Zelensky’s statements in which he spoke of “preventive strikes” on Russia, before Kyiv made clear that its president was talking about preventive sanctions and not nuclear strikes.

“What should NATO do? Eliminate the possibility of Russia using nuclear weapons. But especially, I make a new appeal to the international community, as before February 24: pre-emptive strikes so that they (the Russians) know what their fate would be if they were used,” the Ukrainian president said. nuclear weapons.

On Thursday evening, many senior Russian officials criticized Zelensky’s statements. “Similar statements are nothing but a call to start a new world war with brutal and unexpected consequences,” Kremlin spokesman Dmitry Peskov said, as quoted by RIA Novosti news agency.

“Ukrainian armed forces have liberated more than 500 square kilometers of the Kherson region since the beginning of October,” said Natalia Gominiuk, a spokeswoman for the military command in the south, outlining for the first time the extent of the Ukrainians’ progress.

On Wednesday evening, Zelensky announced the restoration of three towns in this region, stressing that the counter-offensive launched by Kyiv was continuing.

On Thursday, Zelensky asked European leaders meeting in Prague to continue providing military assistance to Kyiv so that “Russian tanks do not advance towards Warsaw or Prague,” adding, “The aggressor must be punished.”

On Thursday, French President Emmanuel Macron announced that Paris was considering sending additional Caesar cannons to Ukraine, which has been trying for more than seven months to drive the Russian army out of its territory.

In a sign of the Kremlin’s annoyance, Moscow summoned the French ambassador, Pierre Levy, on Thursday, over France’s arms deliveries to Ukraine.

Ukrainian forces have confirmed that 29 towns have been retaken from the Russians since October 1.

For its part, the Russian army confirmed in its daily report yesterday, Thursday, that “the enemy is far from the line of defense of the Russian forces” in this same area in Kherson.

He pointed out that the Ukrainian forces deployed four tactical battalions on this front, that is, several hundred elements, and “tried several times to break through the defenses” of Russia near Dodchany, Sukhanovy, Sadok and Proskinskoye.

In turn, Kremlin spokesman Dmitry Peskov confirmed that the lost areas would be “restored”.

On the scene, Ukrainian soldiers recently met by AFP confirmed that they see “a light at the end of the tunnel” thanks to their recent successes, after more than seven months of grueling war.

“It’s better now,” said Bogdan, 29. “We see our successes and he inspires us. If some thought we weren’t going fast enough, that’s not the case now!”

This comes as the bombing continues on various fronts, leaving three dead and seven wounded in Zaporizhia in southern Ukraine, which is one of the areas Moscow claims to annex.

AFP saw two sites in the city center destroyed by bombs. Everything collapsed to the ground, raising fears that the death toll could rise. A few hundred meters away, a hole several meters deep appears in front of an apartment building with a broken roof, as well as most of the windows.

In the east, in the Donetsk region also annexed by Moscow, at least 14 people have been killed and three others injured in the past 24 hours in the areas under the control of Kyiv, according to the Ukrainian presidency.

On Thursday, Kyiv received the Director of the International Atomic Energy Agency, Rafael Grossi, who is scheduled to travel to Moscow soon.

The official discussed, in particular, the creation of a “protection zone” around the nuclear power plant in Zaporizhia, which is regularly targeted by bombing, about which the Russians and Ukrainians accuse each other.

Grossi stressed that this station, the largest of its kind in Europe, is “certainly” still Ukrainian, despite its official acquisition by Moscow on Wednesday through a decree signed by President Vladimir Putin.

“We continue to say what should be done, that is, to avoid a nuclear accident at the plant, which remains a very clear possibility,” he added, denouncing the “unsustainable conditions” under which the Ukrainian crew worked at the plant.

On the diplomatic front, 44 European leaders met in Prague on Thursday in an unprecedented format, with the aim of underlining Moscow’s isolation.

On Wednesday, the European Union agreed to an eighth package of sanctions against Moscow. This came as the “OPEC +” alliance decided to drastically reduce oil production quotas to support prices, while fuel remains the main source of income for Russia.