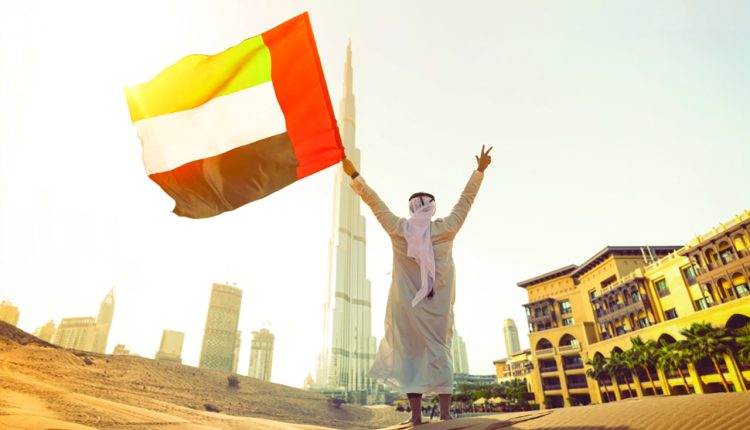 During the current year, the UAE continued its progress on global competitiveness indicators in various sectors, which reflects the success of development in the country. The fact that these indicators are issued by reputable and reliable international bodies. The march began in 2022, by winning the second place in the world in the levels of people’s trust in their governments, and it ended with winning the second place in the world, repeated in citizens’ pride in their country.

Thus, the UAE has retained the same position it occupied in last year’s edition of the index, noting that last year it came after China and Saudi Arabia, which shared the first place. It is worth noting that the UAE won fourth place in the percentage of people’s trust in the government in the 2020 edition of the index, which reflects a steady increase in the confidence of the Emirati people in their government. The global average of people’s trust in their governments this year reached 52%, down by 1% compared to the year’s edition. past of the pointer.

The confidence of the Emirati people increased during 2022 in all sub-indicators within the “Edelman” trust index, most notably: the “public trust” index, which is the public’s confidence in government institutions, as this sub-indicator monitors the percentage of people’s trust in various aspects of life in the country in total. . While the percentage of public confidence among the UAE population this year reached 76%, an increase of 9% compared to last year. The UAE ranked second in the world in this sub-index as well, compared to the sixth position in last year’s edition. The top of the index this year went to China, whose public confidence level reached 83% this year. The UAE also came in second place in the world in the rate of increase, and also after China, which has an increase rate this year of 11%.

From the “Expo 2020 Dubai” website, whose activities were still in effect at the time, the UAE celebrated its winning of first place in the world in the Global Entrepreneurship Index 2022, according to the report issued by the Global Entrepreneurship Monitor, advanced from fourth place in the world in last year’s report, and thus surpassing All global economies participating in the report.

The UAE achieved the highest rate on the general ranking of the index, with a score of 6.8, and it ranked first in the world in the surveys of entrepreneurs in the country that were carried out by the Global Entrepreneurship Monitor, as it is the best entity in the world to establish and start businesses and the most supportive environment for entrepreneurship.

The UAE topped the countries of the Middle East and North Africa in the Global Competitiveness Yearbook Report 2022, issued by the Global Competitiveness Center of the International Institute for Management Development in Lausanne, for the sixth year in a row, and maintained the first regional position in the general ranking, and the 12th position globally, ahead of countries such as : Luxembourg, Canada, Germany, China, Austria, Australia, Belgium, the United Kingdom, France, Japan, so that the UAE remains the country that leads the region for six consecutive years.

The UAE also topped the world in the sub-axis (basic infrastructure) and achieved first place in the world.

The country ranked among the top five globally in 65 indicators and in the top ten in 102 indicators.

For the fourth year in a row, the UAE also maintained its first rank in the Middle East and North Africa region, while it advanced a degree in its global ranking, as it ranked 21st globally in the general index of the best countries in the world.

The UAE achieved a total score of 70 points in the general index, meaning that it rose 3.1 points this year, compared to its score in last year’s edition of the index, which was 66.9 points. The UAE topped the region, and jumped a notch in its global ranking also in the sub-index “The World’s Most Powerful and Influential Countries in 2022”, as it ranked ninth this year, compared to the tenth place in last year’s edition.

The report stated that the UAE succeeded over the past year in attracting a huge amount of trade, investment, tourism and talent activities, more than any other country attracted, in the midst of a decline in global interaction levels in these activities throughout 2021.

The report indicated that thanks to the UAE’s retention of the high performance of its brand this year, it also maintained its lead in the Middle East and North Africa region and its 11th position globally in the index of “20 Most Powerful Country Brands in 2022” issued in the same report. Likewise, the UAE retained its regional leadership and its 17th position in the world “The Most Valuable Brands of Countries, 2022”, issued in the same report. Thus, the UAE has retained, for the fifth year in a row, its presence in the list of the top 20 in the world, on the indices of “the most powerful brands of countries” and “the most valuable brands of countries”, as well as its regional leadership in the two indices.

As for the UAE’s balance on the “20 most powerful country brands in 2022,” it reached 76.7 out of 100, up 0.1 degrees from its score in last year’s edition of the index. This year, the UAE retained its “AA+” rating, which is the same brand strength rating it had achieved in the past two years.

The UAE won first place in the world in the “Human-Centered Public Services Index” for the year 2022, issued by the British “Oxford Insights” institution, which specializes in research related to government administration in various countries of the world. The index aims to monitor customers’ levels of satisfaction with the way their governments provide public services, and the extent of their convictions that these services actually meet their needs. The index is divided into five sub-indicators, each of which has a number of scores, so that the sum at the end is 100 degrees, which is the maximum end of the general index.

With regard to the UAE’s performance on the remaining three sub-indicators, the UAE scored 84.64 degrees in the “service efficiency” index, 78.50 degrees in the “ease of access to government services and their comprehensiveness” index, and 84.35 degrees in the “technical institutions” index.

The UAE ranked second in the world in terms of citizens’ pride in their country, according to the results of a survey conducted by the American media network “US News and World Report”, and its results were published on its website. The index monitors each people’s satisfaction with their country, their sense of pride in it, and a comparison between the status of each country in the eyes of its people and its position in the eyes of the world, based on the results of the “Best Countries in the World in 2022” index issued at the end of last September by US News and World Report. ».

The report stated that the network reached the results of the questionnaire from the questions it directed to a sample of more than 17,000 people from 35 countries. Three other countries, Saudi Arabia, Norway and New Zealand, shared the second place in the world with the UAE, after the four countries obtained the same levels of satisfaction and pride on the part of their people. China topped the index, Australia ranked third, Finland and the United Kingdom ranked fourth, and South Korea and Denmark ranked fifth.