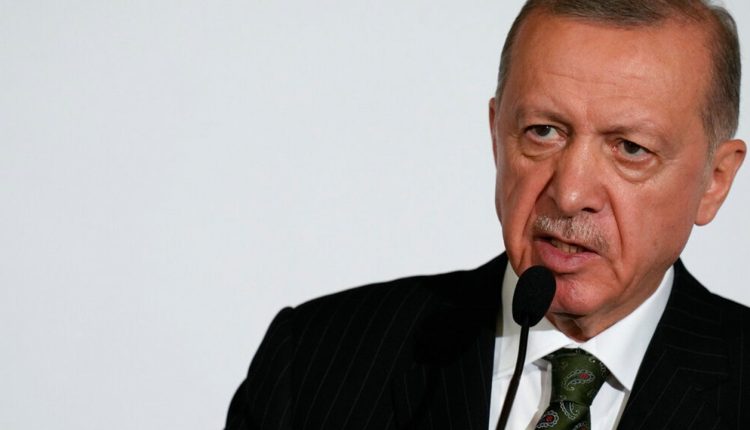 Turkish President Recep Tayyip Erdogan suggested Thursday that Sweden and Finland should join NATO at separate times after accusing both countries of supporting groups Turkey deems to be terrorists.

Turkey and Hungary are the only two countries that have yet to ratify the Nordic countries’ accession to the 30-member alliance, which operates by consensus.

Speaking at a news conference at the inaugural summit of the European Political Community, Turkey said it would not view Sweden favorably so long as “terrorist organizations” were demonstrating on its streets and inside its parliament.

Erdogan said Turkey has better relations with Finland because it “is not a country where terrorists are roaming freely.”

“NATO will have to make an eventual decision, and if they make a decision that is in favor of Finland, of course we will do everything that we are required to,” Erdogan said.

“From our perspective, it would be very important that Finland and Sweden would enter NATO together because we are both in the northern part of Europe, both in the same security geopolitical position,” she said. “But of course we will continue the discussion and it’s now up to Turkey and also Hungary to make the decisions for ratification.”

Erdogan’s comments came after Sweden said it would lift an arms embargo it imposed on Turkey in 2019, following a Turkish military operation against the Kurdish militia YPG in Syria. The move was widely seen as a step aimed at securing Ankara’s approval for its NATO membership.