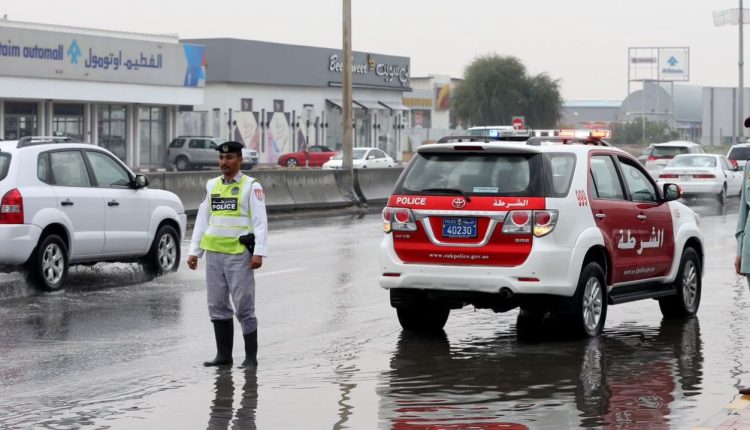 The local Emergency and Crisis Management Team of the Emirate of Ras Al Khaimah warned those who go to the sea, roads and valleys of the state of instability that prevails in the emirate during this period in particular, based on the report of the National Center of Meteorology in the country.

Major General Ali Abdullah bin Alwan Al Nuaimi, Commander-in-Chief of Ras Al Khaimah Police and head of the local emergency and crisis management team for the Emirate of Ras Al Khaimah, confirmed that all concerned authorities and the local team were notified to go to the field to provide all the required facilities for road users and areas near the valleys.

He stated that the weather will witness a state of instability, and the amount of clouds will increase, interspersed with some thunderstorms and accompanied by rains of different intensities, which will lead to the flow of valleys, and the winds will be strong and the sea will be very turbulent.

The Commander-in-Chief of Ras Al Khaimah Police warned community members against going to the sea during this time in order to preserve their lives and safety. their general safety.

He appealed to all drivers to follow the tips and instructions issued by all authorities in the country in order for our roads to be safe, pointing out that traffic accidents that occur in rainy weather are very dangerous as a result of the low level of vision among drivers, especially if driving carelessly, at great speed and recklessly.

He alerted drivers to check weather conditions through various media to avoid serious traffic accidents, in order to achieve the strategic objectives of the Ministry of Interior. Deaths and serious injuries resulting from heavy rains, so this must not be tolerated, and instructions and directives issued to ensure their safety must be followed.

Major General Ali bin Alwan confirmed that the police, along with all concerned authorities, will deal with reports received from the operations room in Ras Al Khaimah Police, wishing everyone safety.

He said that members of the public should not hesitate to contact the operations room via the numbers 999 or 901, and we also call on community members not to circulate rumors, whatever their form, and to obtain information from its official sources.