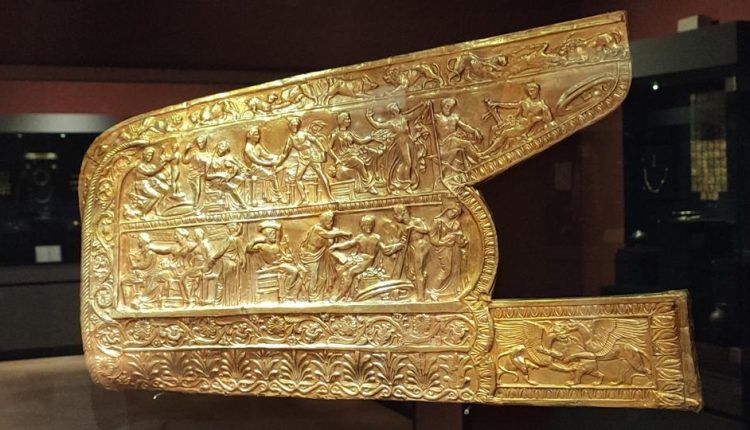 On Thursday, the International Council of Museums published an “emergency red list of cultural property in danger” in Ukraine, including ancient manuscripts, centuries-old icons and handicrafts, with the aim of combating the illegal trade in these properties, which “increased with the Russian war in Ukraine.”

In a statement, the International Council of Museums hoped that this list would be a good reference for “identifying looted cultural property in Ukraine when it begins to circulate in the coming weeks, months and years.”

This international network, which includes active parties in the museum community and whose activities cover about 140 countries, added that its initiative “comes at the right time with regard to combating illegal trafficking in Ukrainian cultural heritage, which is a phenomenon that has existed in the region for a long time, but increased with the Russian war in Ukraine.”

“Recent reports of massive looting of the Kherson Art Museum by Russian forces who withdrew from the city on November 11 prove that this threat exists and is being systematically implemented,” she added.

The red list includes manuscripts dating back between the thirteenth and nineteenth centuries, ancient religious icons, and modern paintings belonging to several currents such as innate and avant-garde art and socialist realism, in addition to artisanal pieces of fashion and jewelry.

In order to combat illegal trafficking in cultural heritage, the International Council of Museums, which was established in 1946, cooperates with international organizations such as Interpol and the World Customs Organization.

And in Ukraine, the United Nations is using satellite imagery to track the destroyed cultural and heritage heritage as a result of the Russian attack. At the end of October, UNESCO monitored 207 cultural sites that have been damaged since the war began on February 24.

Croatia reserves its ticket to the final price, and Belgium is deposited

Why Matthew McConaughey took his…