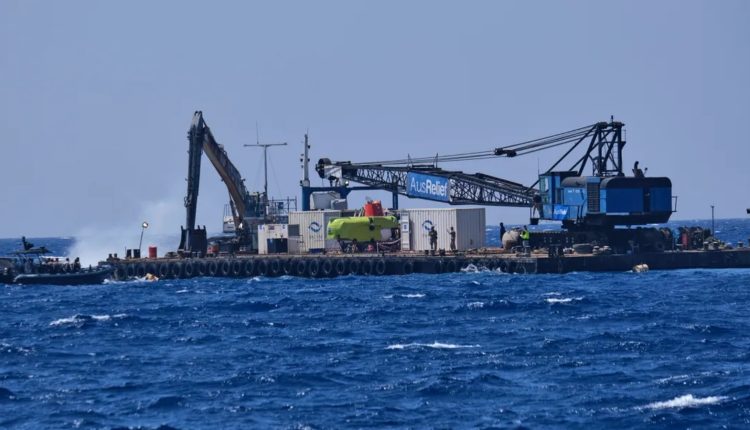 At least 80 people were killed in the disaster of the sinking of a boat carrying illegal immigrants off the Syrian coast, in a toll that is the highest since the beginning of the phenomenon of illegal immigration from Lebanon, which is mired in its crises.

Illegal immigration is not a new phenomenon in Lebanon, which served as a springboard for refugees, especially Syrians, towards the European Union. However, its pace increased in light of the economic collapse that has afflicted the country for nearly three years, and which prompted many Lebanese to risk their lives in search of new beginnings.

On Thursday, the Syrian authorities found dozens of bodies off the coastal city of Tartus, while twenty people were rescued from the boat that sailed from northern Lebanon. Estimates of the number of its passengers ranged between 100 and 150 Lebanese, Syrian and Palestinian refugees, without being clear after the circumstances of his sinking.

And the Syrian Minister of Health, Hassan Al-Ghabash, announced in statements to reporters that the death toll had risen to 80, while 20 people, including eight in intensive care, were receiving treatment at Al-Basel Hospital in Tartous.

The death toll has risen successively since the announcement of the sinking of the boat Thursday afternoon.

According to the official Syrian TV, the boat was carrying at least 150 people, which means that dozens are still missing.

Searches for missing persons are still ongoing, and members of the Russian navy have participated in them along with the Syrian navy, according to Al-Ghabash.

“We are dealing with one of the largest rescue operations, on an area that extends along the entire Syrian coast,” said Suleiman Khalil, an official at the Syrian Ministry of Transport, noting that the search operations are continuing, but “it becomes more difficult with the passage of time because of the high waves.”

On Thursday afternoon, a young man was found near the ships anchored off the port of the Syrian island of Arwad, so a boat was sent to the place, after which the body of a child was found, before “the bodies of the victims began to appear,” according to what the Director General of Syrian Ports Samer Qebrosli said in a statement Thursday.

Most of the victims were found off the island of Arwad and the shores of Tartus.

– Funeral of the victims –

On Friday, families in Lebanon began the funeral of the victims, including the Talawi family, whose son Wissam was rescued and is currently receiving treatment in a Tartous hospital, while his two daughters (five and nine years old) died and his wife and two other children are still missing.

The family received, according to Wissam’s brother Ahmed, the body of the two girls, and they were buried in their birthplace in the Akkar region (north).

“We woke up and didn’t find my brother, who works in a cleaning company,” Ahmed told AFP by phone. “He couldn’t make ends meet,” so he went in search of another life.

The identity of the majority of the bodies has not yet been identified, according to the Lebanese Minister of Public Works, Ali Hamiyah, because no identification papers were found.

In addition to the Lebanese and Syrian refugees, it was found that among the passengers were Palestinian refugees from the Nahr al-Bared camp in northern Lebanon, whose number, according to camp officials, exceeds twenty.

The phenomenon of illegal immigration from northern Lebanon has been active in recent years. And often the destination of the boats is Cyprus, the European country located off the coast of Lebanon.

It began with Syrian and Palestinian refugees who did not hesitate to undertake this dangerous journey in search of new beginnings, before the Lebanese joined them in the wake of the economic crisis that the country has been witnessing for nearly three years and has been classified by the World Bank among the worst in the world.

This year, boats sank at sea after setting off from northern Lebanon, killing dozens of people. The sinking of a boat carrying dozens in April sparked widespread discontent in Lebanon. In the first stage, six dead people were found, while the bodies of others are still deep in the sea, and attempts to recover them were unsuccessful.

The measures taken by the security forces did not result in curbing the phenomenon, which has become according to a diet of “organized illegal immigration.” The Lebanese security and military agencies repeatedly announce that they have thwarted illegal immigration attempts, especially from the poorer regions of Tripoli and Akkar in the north in Lebanon, as well as arresting those involved in the smuggling operation.

According to the United Nations, at least 38 boats carrying more than 1,500 people left or attempted to leave Lebanon by sea between January and November 2021.

While waiting at the Arida crossing for the arrival of ambulances carrying the bodies of the victims from Syria, a Palestinian refugee said, worried about the fate of my niece, his brother, “I am an old man, and if I had the chance to go and die at sea, I would do it instead of living a life of humiliation in this.” Country”.

Omani newspapers: Mohammed bin Zayed’s visit to the Sultanate is a major shift…

The United Nations: The UAE is the first regionally and 13th globally in the…