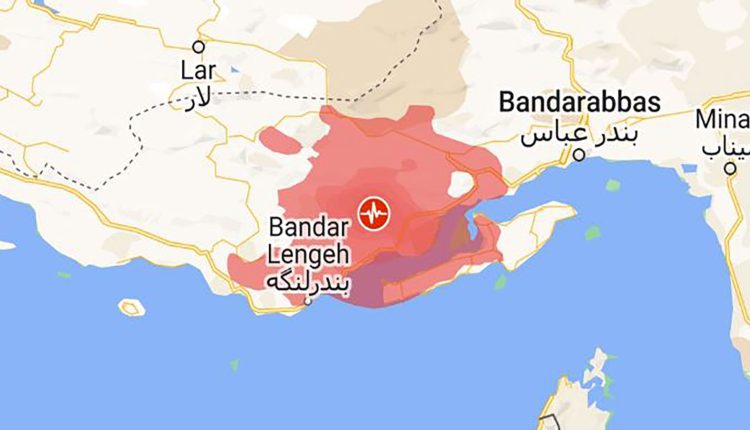 At least five people were killed and about fifty others injured in three earthquakes of more than six degrees that struck southern Iran at dawn on Saturday, the official Iranian news agency (IRNA) announced.

The agency said that five people were killed in the earthquake, while state television reported that 49 people were injured in three successive earthquakes that struck Hormozgan province in southern Iran, especially the most affected village of Sayeh Khoush.

The first earthquake occurred at around 2:30 pm (21:30 GMT), with a magnitude of six and a depth of 16 km, according to the American Institute of Geophysics.

Two aftershocks followed two hours later, measuring 5.7 degrees and 6 degrees, at a depth of ten kilometers, according to the same source.

Iranian First Vice President Mohammad Mokhber called on local officials to “mobilize all available means in the province to provide relief to the victims,” ​​according to state television.

Television footage showed collapsed apartment buildings in Sayeh Khoush. The village was plunged into darkness after a power outage.

In the provincial capital Bandar Abbas, which has half a million residents, residents spent the night in the streets while long queues formed in front of gas stations, according to public television.

It also cut off electricity to about thirty villages located in the affected areas, according to the same source.

The Iranian Red Crescent said in televised statements that the search and rescue operations are nearing completion.

– A village half destroyed –

“We are focusing on receiving earthquake victims,” ​​Hormozgan Governor Mehdi Doosti said in remarks carried by state television. He added that “fifty percent of the village of Sayeh Khosh has been destroyed.”

Before that, the Iranian news agency quoted him as saying that “strong earthquakes and dozens of seismic aftershocks (hit) the villages of the Khmer port,” explaining that “the majority of the damage occurred in the village of Sayeh Khosh.”

The US Seismological Institute said the quake occurred in an area 100 km southwest of the port of Bandar Abbas.

In November 2021, one person was killed after two earthquakes measuring more than six on the Richter scale struck Hormozgan province. The earthquakes occurred at a depth of 15 km in the southern governorate overlooking the Sea of ​​Oman, the Strait of Hormuz and the Gulf waters.

At the time, the official television reported that cracks had occurred in some mountains in Bandar Abbas, explaining that “the two earthquakes lasted for a long time and spread panic in the hearts of people.” A local official in Bandar Abbas also stated at the time that some houses in the city had cracks.

With an area of ​​more than 1.6 million square kilometers and a population of about 83 million, Iran is located on a number of tectonic plates and crossed by a number of faults and geological faults, making it vulnerable to frequent seismic activity.

The most deadly earthquake during the past three decades dates back to 1990. At that time, forty thousand people were killed, 300 thousand were injured, and half a million others were displaced in that earthquake, which had a magnitude of 7.3 and hit the north of the country.

In 2003, a 6.6-magnitude earthquake struck Kerman Province (southeast) and destroyed the ancient city of Bam – including the famous fortress built of soft bricks – killing at least 31,000 people.