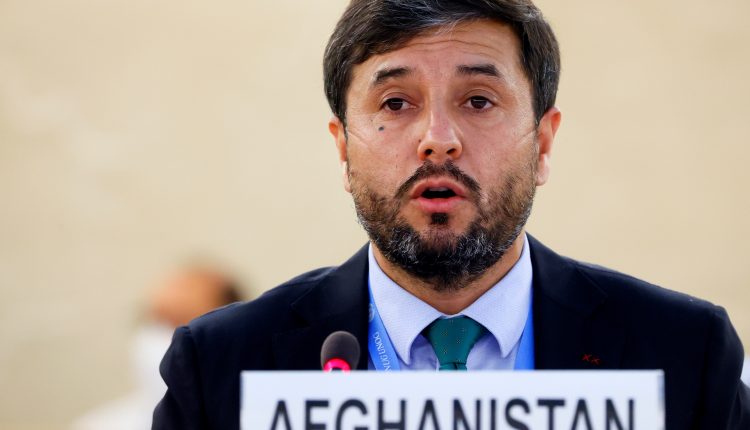 A U.N. watchdog group has highlighted the possibility that Taliban-controlled Afghanistan could secure a seat on the United Nations Human Rights Council in October.

U.N Watch tweeted out a press release discussing the Maldives’ intention to run for a seat on the Human Rights Council and noted that other candidates vying for the open Asian seats include South Korea, Vietnam, Bangladesh, Bahrain, Kyrgyzstan and Afghanistan.

The U.N. Human Rights Council is no stranger to controversy and having undemocratic, dictatorial members on the council is nothing new. Earlier this year, Russia was voted off the council by the U.N. General Assembly.

Other controversial members include China, Cuba and Venezuela.

Afghanistan would occupy one of the fourteen seats up for election. The former government of Afghanistan retains control of the U.N. permanent mission, but the Taliban nominated one of its spokesmen to take the position as ambassador, a decision left up to a nine-member credential committee that includes China, Russia and the United States. The committee has yet to rule on the Taliban’s request.

U.N. Watch Executive Director Hillel Neuer called it “two steps” for the Taliban to obtain a seat on the council.

The Human Rights Council scorecard on Afghanistan has more marks against it than in support of it. The current Afghan government has not ratified the nine core international human rights treaties, nor has it developed or published a plan for the implementation of Universal Periodic Review recommendations.

Afghanistan Ambassador Nasir Ahmad Andisha speaks during a special session of the Human Rights Council on the situation in Afghanistan at the European headquarters of the United Nations in Geneva, Switzerland, Aug. 24, 2021.
(Reuters/Denis Balibouse)

The U.N. convened an “urgent debate” on Afghanistan July 1, addressing concerns regarding the Taliban’s control of the country. A report from the U.N. Mission in Afghanistan released only a few weeks later confirmed the validity of many of the concerns raised in the aftermath of this change in power.

The report noted that the Taliban have “limited dissent by cracking down on protests and curbing media freedoms,” also noting the erosion of the rights of women and girls, including restrictions on the rights to access education and the workplace and participation in public life.

Taliban fighters stand guard next to a Taliban flag during a gathering where Afghan Hazara elders pledged support to the country’s new Taliban rulers in Kabul Nov. 25, 2021.
(Aref Karimi/AFP via Getty Images)

The report raised concerns that the Taliban act with “impunity,” and that nationwide economic, financial and humanitarian crisis has exacerbated the situation.

“Education is not only a basic human right but the key to the development of a nation,” said Markus Potzel, the U.N. acting special representative for Afghanistan.

Taliban forces block roads around an airport, while a woman with a Burqa walks by in Kabul, Afghanistan, Aug. 27, 2021.
(REUTERS/Stringer )

“It is beyond time for all Afghans to be able to live in peace and rebuild their lives after 20 years of armed conflict,” he added. “Our monitoring reveals that, despite the improved security situation since (August 15), the people of Afghanistan, in particular women and girls, are deprived of the full enjoyment of their human rights.”

At least 59% of the population is in need of humanitarian assistance, a significant increase of six million people since the start of 2021, according to the report.

A U.N. Human Rights Council spokesman stressed that the Taliban do not have any representation on any U.N. body and that it was Afghanistan that retains a representative at the permanent mission. A General Assembly spokesperson did not respond to questions on the U.N.’s stance regarding the pending decision.

The U.S. stepped away from the Human Rights Council in 2018 over concerns the group protected human rights abusers and was “a cesspool of political bias.” President Biden sought re-election to the council shortly after taking office, securing a seat for the 2022-2024 term.