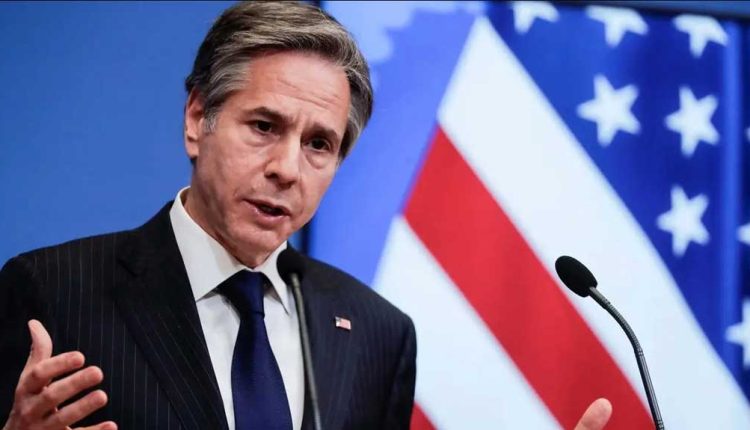 Washington confirmed its insistence on easing tensions in the Taiwan Strait, following the visit of US House Speaker Nancy Pelosi to Taiwan.

On Saturday, US Secretary of State Anthony Blinken told Philippine officials that his country is determined to de-escalate tensions in the Taiwan Strait to maintain regional security and ensure unimpeded access to the main waterway.

The visit comes amid Chinese military exercises with live ammunition, in response to US House Speaker Nancy Pelosi’s visit to Taiwan, which raised security concerns around the world.

“We always stand by our partners,” Blinken told reporters after his meetings with Marcus Jr. and Manalo. “It’s important to stress that because of what’s happening north of here, in the Taiwan Strait.”
“Since China launched about a dozen ballistic missiles toward Taiwan two days ago, we have heard from allies and partners across the region that they are deeply concerned about the destabilizing and dangerous acts,” he said.

Blinken stressed that Washington will keep the lines of communication open with Beijing, to avoid any misunderstanding, while working with regional organizations and allies to ensure peace and stability across the strait.

“Our allies and partners across the region have told us, in no uncertain terms, that they are looking for responsible leadership right now. So, let me be clear, America does not believe that an escalation of the situation is in the interest of Taiwan, the region, or our national security.”

During his meeting with Marcus Jr., Blinken stressed Washington’s commitment to the mutual defense agreement of the two countries and told the Philippine president that America looks forward to working with his administration to “strengthen” the alliance with the Philippines.

US Secretary of State Anthony Blinken described his country’s relations with the Philippines as “exceptional” during his visit to Manila on Saturday.

“Our relationship is absolutely exceptional because it is really founded on friendship. It has also been forged through a partnership and reinforced by the fact that it is also an alliance,” he added.

He noted, “The alliance is strong and I believe that we will all be stronger. We are committed to the Mutual Defense Treaty.”

In turn, Marcus Jr. said that recent regional and global tensions, such as the visit of US House Speaker Nancy Pelosi to Taiwan and the war between Russia and Ukraine, have highlighted the importance of the relationship between Manila and Washington.

“I hope that we will continue to develop that relationship in the face of all the changes we see…” he added.

He referred to the 1951 Mutual Defense Treaty, which obligates America and the Philippines to assist each other in the event of foreign aggression and to develop it continuously.

Marcus concluded, “We can no longer isolate one part of our relationship from the other. We are closely related because of the special relationship between America and the Philippines and the history we share.”