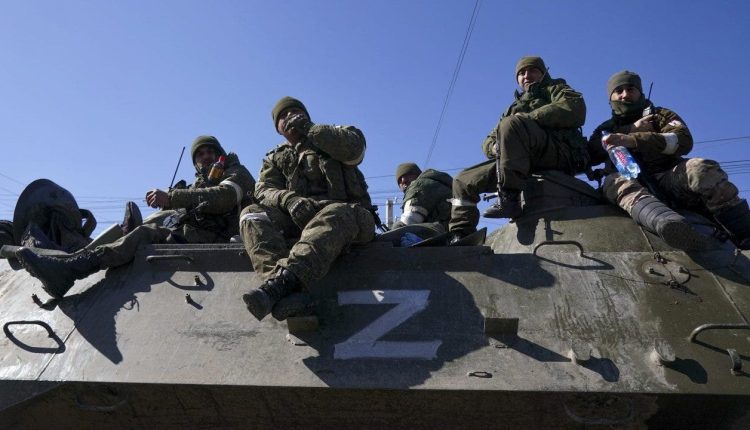 Russia’s Wagner Group, a private military mercenary force, has seen each of its fighters reportedly burn an average of 2,000 rounds of ammunition per day in an attempt to fight off a fierce Ukrainian counteroffensive.

Wagner Group fighters attempting to hold onto gains in Ukraine’s Donbas region have faced an onslaught of attacks by Ukrainian forces looking to take back lost grounds, and heavy fighting is depleting ammunition at an alarming rate, according to an Institute for the Study of War analysis released Wednesday.

The U.S.-based think tank’s report detailed the fighting around the city of Bakhmut, with Ukrainian forces attempting to retake positions south of the city and Russian forces mounting an attack on the city itself that was repelled by Ukraine.

Russian military and pro-Russian separatists keep watch as civilians are being evacuated along humanitarian corridors from the Ukrainian city of Mariupol.
(Stringer/Anadolu Agency via Getty Images)

Heavy fighting has also been reported near Kherson Oblast, where Ukrainian forces have consistently attacked Russian positions around the city.

The heavy fighting has taken a toll on both sides, though the fierce Ukrainian resistance has worked to stall Russian President Vladimir Putin’s war aims and prompted him to acknowledge the conflict may be drawn out for some time.

Russian forces will also now be forced to combat Ukraine’s winter climate, another possible roadblock amid reports earlier this week that the country’s military lacks sufficient clothing and gear to combat the elements.

A Ukrainian flag waves in a residential area heavily damaged in the village of Dolyna in Donetsk Oblast, Ukraine, after the withdrawal of Russian troops.
(Metin Aktas/Anadolu Agency via Getty Images)

“What is clear is that there’s a bloodbath going on in Eastern Ukraine, and the Russian military aren’t properly equipped for winter combat,” Rebekah Koffler, a former DIA intelligence officer and the author of “Putin’s Playbook: Russia’s Secret Plan to Defeat America,” told Fox News Digital. “Some are dying from hyperthermia because the uniform is not warm enough to survive in extreme conditions.”

Koffler believes the weather may cause Putin to slow down over the next few months, though she expects Russian forces to attempt to ramp up their activity again in the spring.

“Putin announced yesterday that Russia is in this fight for a long haul, which is almost certainly accurate. But we can expect the active combat phase to slow down now that winter has arrived. Otherwise, more soldiers will freeze to death than from wounds,” Koffler said. “Putin will likely resume major assault operations in early spring.”