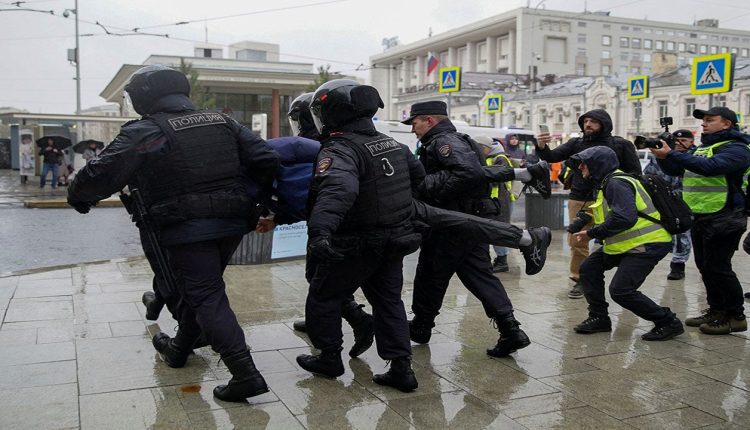 More than 2,300 Russians have been arrested in dozens of cities this week while protesting the conscription of 300,000 men for Russia’s invasion of Ukraine, which was announced by Russian President Vladimir Putin on Wednesday, according to the human rights group OVD-Info.

Some of those who were arrested were handed conscription papers.

Fyodor Orlov, a journalist, was arrested on Wednesday then was handed a summons from the military enlistment office while in court, the human rights group said.

Another protester in Moscow was told that he could receive a 10-year prison sentence for refusing a summons to the military, according to OVD-Info.

Russian men between the ages of 18 and 27 are required to serve one year in the military.

The defense ministry said that tech workers, bankers, and state journalists will be exempted from the latest mobilization order.

The mobilization order comes as Putin seeks to replenish his forces in Ukraine more than seven months into the war. Ukraine’s defense ministry claims that Russia has lost at least 55,000 soldiers since the outset of the invasion.

Occupied territories in Ukraine, such as Luhansk, Zaporizhzhia and Kherson, held referendums on joining the Russian Federation this week, though many Western leaders have criticized the votes as sham elections.