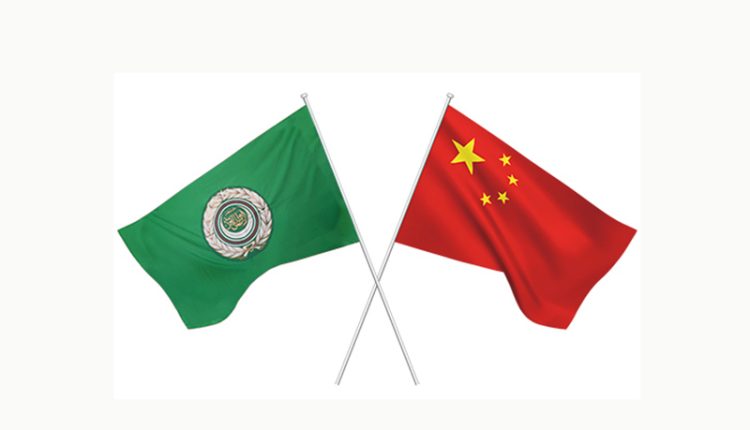 The eyes of the Arab peoples and the peoples of the world are directed to the first “Riyadh Arab-Chinese Summit for Cooperation and Development”, which comes at the generous invitation of the Custodian of the Two Holy Mosques King Salman bin Abdulaziz Al Saud, and is hosted by the Kingdom of Saudi Arabia during the period from 7-9 December, in the presence of Their Majesties, Excellencies and Highnesses, leaders The countries of the Cooperation Council for the Arab States of the Gulf and the Arab countries, and the wide participation of the League of Arab States, the People’s Republic of China, and the presidents and general secretaries of a number of regional and international organizations, within the framework of the Arab interest in relations with China, which is witnessing remarkable development and aimed at achieving higher levels of cooperation, development and interests. joint efforts, and consolidating the pillars of security, peace, prosperity, and development for the Arab and Chinese peoples.

The “Riyadh-Chinese Cooperation and Development Summit” comes at this time. It serves as an important cooperation mechanism to develop means of exchange and expertise between the Arab and Chinese sides, and to confront the current international challenges and changes, whether at the political, economic or cultural levels, for the benefit of the Arab countries, China and the world as a whole.

This important historic summit also represents a new impetus for strengthening and developing Arab-Chinese relations, in light of the current international changes, and an opportunity to devote historical Arab-Chinese relations, deepen cooperation in all fields, promote exchanges between civilizations in each of them, and work hand in hand to build the Arab-Chinese community. For the common future towards the new era.

Through this summit, the leaders of the Arab countries and China intend to plan joint cooperation in the future, advance the quality and level of Arab-Chinese relations, and develop more consensus between the two sides in global governance, development, security, civilized dialogue, and other important issues.

Arab countries are important partners for China in advancing firmly on the path of development, strengthening solidarity and cooperation among developing countries, and advancing the building of a community with a shared future for mankind.
The relations between the Arab countries and China are rooted in the depths of history, to form the overall distinguished and close strategic partnership relations between the two sides, and over the past more than 70 years since the founding of the new China, the Arab-Chinese cooperation has been defining the prospects and the way forward towards building the Arab-Chinese community.

Cooperation between the Arab countries and China in all fields has witnessed rapid and comprehensive development, as the Arab countries have become the most important energy suppliers and economic and trade cooperation partners for China. While the Arab and Chinese sides are jointly implementing the “Belt and Road” action plan in various fields, including the field of technology, within the framework of the Arab-Chinese technological partnership, to take full advantage of Chinese technological advantages and employ the catalytic role of advanced and modern technology.

And on expanding cultural and human exchange and promoting the rapprochement of peoples; The Arab and Chinese sides conducted a variety of cooperation in several fields, including youth, media, education, culture and health, which expanded human and cultural exchange and deepened understanding between the two sides.

The Arab and Chinese sides established different mechanisms for human and cultural communication within the framework of the Arab-Chinese Cooperation Forum, and although the Arab and Chinese civilizations each have a distinct system and characteristics, they both include common concepts and aspirations that accumulate in the process of human progress, and are concerned with values ​​such as moderation, moderation, tolerance and self-discipline. They seek dialogue among civilizations, and call for tolerance and mutual benefit.

The Arab League seeks to strengthen its relations with China in various fields, in a way that makes the Arab-Chinese rapprochement and cooperation grow stronger, more solid, and more diversified, based on common denominators of the two parties’ respect for the principles of international law, international legitimacy, the sovereignty and independence of states, and a commitment to resolving disputes by peaceful means. And the common desire to expand and deepen the areas of cooperation in order to achieve Arab and Chinese interests.

China has been making unremitting efforts for peace and stability in the Middle East. China has also participated constructively in the Palestinian issue, and in the hot issues of Iraq, Libya, Sudan, Yemen and other countries, to push for solutions acceptable to all parties through comprehensive political dialogue.

The League of Arab States upholds friendship towards China, and the vast majority of decisions related to China issued by the League Council at the ministerial level since its 125th session of March 2006 contain support for the one-China principle.

All decisions related to China issued by the League Council at the ministerial level since its 149th session in March 2018 touched on cooperation in building the “Belt and Road” initiative. Chinese diplomacy in the Middle East.

The Arab countries and China have joined hands and supported each other in the spirit of one team since the outbreak of the emerging Corona virus pandemic, and resulted in effective cooperation in the areas of vaccine development and use, prevention and joint control, and the sharing of experiences and therapeutic drugs. To produce masks and other materials to combat this pandemic.

The Arab countries and China also face similar historical challenges in light of the unprecedented changes the world is currently witnessing, as China has always considered the Arab countries as important partners in the steady path of peaceful development, the strengthening of solidarity and cooperation between developing countries, and the push to build a community with a shared future for humanity.

It also reflects the holding of the first “Riyadh Arab-Chinese Summit for Cooperation and Development” in the Kingdom; The keenness of the Arab and Chinese leaders to develop aspects of joint cooperation and align the strategic directions of the Arab countries with China as the second largest economy in the world, as well as to strengthen the Kingdom’s role as a pillar of security and stability in the region and the world, and to build bridges of communication with China by coordinating documents between the two sides, and coming up with a vision and mechanisms Common understanding, launch and support of quality initiatives.

The Kingdom’s hosting of the first “Riyadh-Chinese Cooperation and Development Summit” contributes to advancing the Arab-Chinese strategic partnership to broader horizons, as well as serving the common interests of both sides, upgrading the mechanisms of the Arab-Chinese Cooperation Forum, and assigning the General Secretariat to coordinate with the concerned authorities in each of the Kingdom of Saudi Arabia. and the People’s Republic of China.

The Kingdom is making efforts to make the convening of this important historic summit a success, which is a milestone in the march of the strategic partnership between the Arab countries and China, where three summits are being held. Prince Muhammad bin Salman bin Abdulaziz Al Saud, Crown Prince and Prime Minister – and the second is the “Riyadh Gulf-Chinese Summit for Cooperation and Development,” and the third is the “Riyadh Arab-Chinese Summit for Cooperation and Development.” The Kingdom also strives to build what is called a partnership of strength or friendship of partnership, through these The summit, which is an additional step to support Arab-Chinese cooperation in all fields, in order to achieve common interests between the two sides.