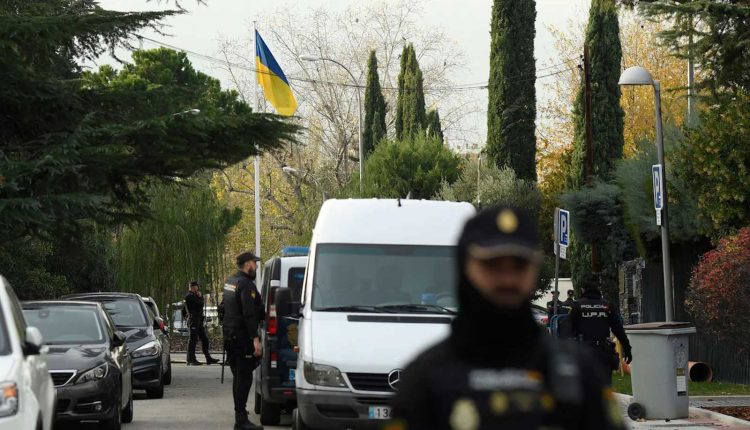 The agency said that Ukrainian Foreign Minister Dmytro Kuleba described these incidents as an attempt to intimidate Ukrainian diplomats.

It quoted him as saying on national television: “If they have already started attacking embassies, then this means that they are afraid of us and are trying to stop us.”

“Inside these letters was a symbolic threat to Ukraine. All envelopes were dipped in red liquid at the time they were received,” he said, declining to give further details..

A package intended for the Ukrainian ambassador to Spain exploded at the embassy in Madrid the day before yesterday while a security official was checking it, causing him minor injuries..

Spain has sent, or committed to send, military and humanitarian equipment to support Ukraine in the war.

Erdogan: The death toll from the devastating earthquake in Turkey and Syria has risen…

9400 dead, the death toll from the earthquake in Turkey and Syria

Zelenskyy visiting UK for first time since Russia invaded in 2022

Earthquake in Turkey, Syria is deadliest in a decade as deaths pass 9,400