Oli Oli Dubai .. the joy of discovery, the love of adventure and the passion for creativity 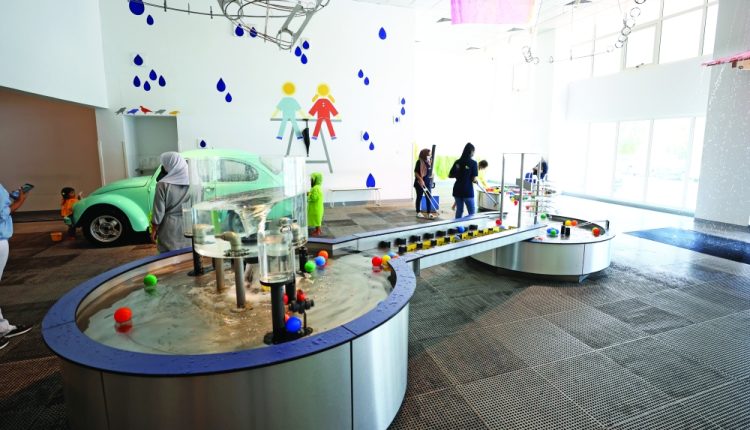 Its sides are buzzing with children’s laughter, whose voices are felt as soon as they cross the threshold of the “Oli Oli” center in Dubai for experimental games, to stand facing colors that speak life, and reflect the passion for discovery, which Dubai used to motivate everyone to follow in its different paths. Within the center, the radiance of the face of Dubai is felt, and the opportunities it provides for everyone who inhabits its land, at a time when the journey between the sides of “Oli Oli” is rich, as it revels in laughter, fun and a passion for discovery. With its experimental areas and games, children are encouraged to follow the paths of the scientists who have created many theories of science.

Within the arms of the center located in the Al Quoz area, specifically behind the Oasis Center, children’s skills are evident, starting from the age of four to 11 years, which can be discovered through many interactive activities that exceed the barrier of 40 activities, each with its own ideas, privacy and techniques inspired by the recommendations of educational experts And psychological development specialists, artists, manufacturers and scientists, whose common denominator lies in their ability to develop a love of adventure and enhance the passion for creativity in children, who live within the center a creative environment that combines education and entertainment, and gives them time to dust off laziness from their bodies.

Six main halls make up the “Oli Oli” center, each with its own name, theme, games and ideas. While some of them provide the opportunity for children to show their passion for arts, drawing and music, other halls open their eyes to air techniques through numerous experiences, enabling them to learn about the concept of Aerodynamics, testing the forces of nature, and the various principles of air, while the water hall provokes their abilities and movements to increase the echo of their childish laughter, as they run under the raindrops falling around the hall, to raise this level of “joy.” The hall, according to the center’s management, includes at least 10 different interactive activities, all held in an open space, that enable children to learn about nature and discover the magic of water and its effects, as well as experience a car wash, where children have the opportunity to pour “soapy water” on the body of the “Beatles” car and clean it themselves.

More than 40 interactive activities within the center, which was chosen as one of the prominent “Dubai destinations”, some of these activities invite children to shape the world of the future, build different forms of small cars, and try them on high slopes and “mini” highways, enabling them to discover the dynamics The movement on the slopes, which enhances the sense of competition, where children race to unleash their cars, hoping that they will reach their destination as quickly as possible.

A different life that children live inside “Oli Oli”, where the splendor of colors, drawing and music is also evident, those that children practice in an environment that combines drawing and technology, where the child can draw whatever fish and planes he wants and color them in the way he sees fit, to be displayed later on the A large digital mural, through which the child witnesses his achievements, at a time when he can recognize the sound of sounds and musical melodies, as soon as he enters the arena designated for this. With each kick of the ball, a musical sound is generated, so that the end is a special instrumental, shaped by small fingers.

In the arms of the center, the fun that hangs between the crochet threads, woven by the Japanese artist Toshiko Horiyoshi Mak Adam, known for her work on large-sized pieces of fabric, is evident. Artists, the nature of the design of the textile piece motivates children to challenge themselves, by entering into multiple paths to play, in this piece suspended from the ceiling there is no fixed program of play, as the children appear to be climbing a three-dimensional game, expressing their passion and open appetite for discovery.

The center’s management shows that the weight of the nylon threads used in weaving Toshi nets reaches 800 kilograms, while this design is one of 10 designs distributed worldwide, while the “Toshi” nets can accommodate 29 children at one time, as the center’s management indicates to The artist, Toshiko Horiyoshi McAdam, took nearly 9 months to sew it.