North Korea sides with Russia in annexation of Ukraine 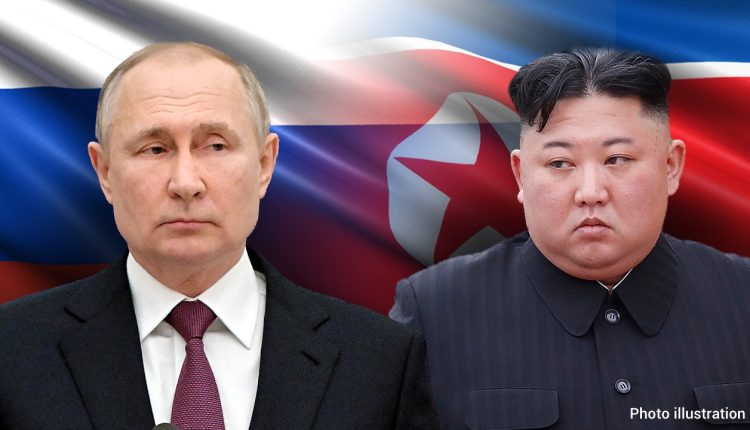 In a statement released by the North Korean Foreign Ministry, director-general of the department’s International Organizations Jo Chol Su claimed the referenda held last week in Ukraine signified the “will” of the people and was “in keeping with the UN Charter.”

The official’s comments echoed claims made by Putin after polls allegedly showed Ukrainians in the Donetsk, Luhansk, Zaporizhzhia and Kherson regions “overwhelmingly” supported seceding from Ukraine.

Kyiv and Western officials have repeatedly accused Russia of falsifying the results, which allegedly showed that 87 to 99 percent of the region’s populations supported annexation in the wake of Russia’s deadly invasion.

Officials from Russia and North Korea – who have banded together amid stiff international sanctions – have accused the U.S. of using Ukraine in an attempt to maintain a “unipolar world.”

“The U.S. interferes in the internal affairs of independent countries and infringes upon their legal rights by abusing the [United Nations Security Council] UNSC,” the director-general said in a statement. “This is the same old trick of the U.S., and the world has witnessed lots of similar illegal acts.”

Putin has rallied his allies, including China, Iran and North Korea, behind the claim that the U.S. seeks global dominance over furry that superior U.S. and European weaponry have allowed Kyiv to defend itself effectively.

Ukrainian soldiers sit on infantry fighting vehicles as they drive near Izyum, eastern Ukraine on September 16, 2022, amid the Russian invasion of Ukraine.
(JUAN BARRETO/AFP via Getty Images)

“The days are going never to return when the U.S. can use the UNSC as its shield and means of aggression for maintaining its supremacy,” he added, accusing the UNSC of employing “gangster-like double standards.”

The comments from the North Korean ministry coincided with Pyongyang’s decision to fire an unannounced ballistic missile over Japan – which has joined the U.S. and its NATO allies in condemning Moscow’s illegal invasion of Ukraine.

The missile – the longest test fired by North Korea with a range of more than 2,800 miles – was immediately condemned by the White House, which accused Pyongyang of blatantly violating UNSC mandated international safety norms.

This photo provided by the North Korean government shows what it says a test launch of a hypersonic missile on Jan. 11, 2022 in North Korea. Independent journalists were not given access to cover the event depicted in this image distributed by the North Korean government. The content of this image is as provided and cannot be independently verified. Korean language watermark on image as provided by source reads: “KCNA” which is the abbreviation for Korean Central News Agency.
((Korean Central News Agency/Korea News Service via AP))

“The United States will continue its efforts to limit [North Korea’s] ability to advance its prohibited ballistic missile and weapons of mass destruction programs, including with allies and UN partners,” the administration said in a statement.