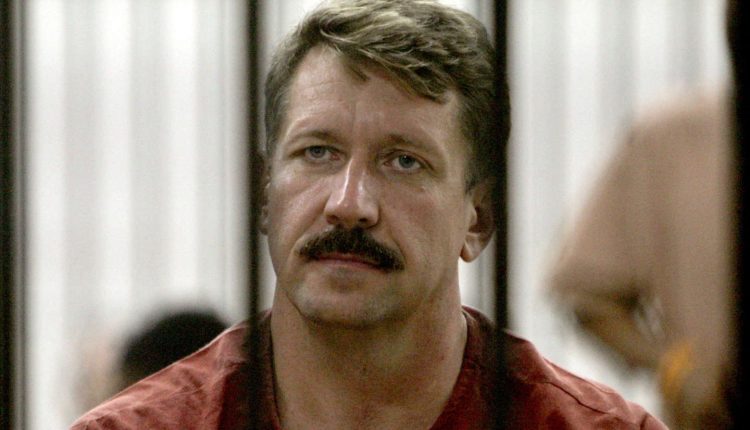 Viktor Bout was, for two decades, the embodiment of the intense arms trafficking born of the chaos that followed the dismantling of the USSR, to the point of inspiring Hollywood and focusing the attention of the intelligence services. Thursday, December 8, after long negotiations, the United States agreed to hand him over to Moscow in exchange for basketball player Brittney Griner, who had been detained in Russia since February for possession and trafficking of cannabis. Sentenced in 2012 in the United States, this charismatic 55-year-old figure had been the subject of negotiations between Moscow and Washington for years.

Born, according to a United Nations report, in Dushanbe, capital of the former Soviet republic of Tajikistan, Viktor Bout studied at the Military Institute of Foreign Languages ​​in Moscow, before entering the Air Force. , where he was a translator and radio operator. According to his detractors, he was able, from the fall of the USSR in 1991, to take advantage of the post-Soviet chaos to acquire at low cost a quantity of armaments on deserted military bases and from officers in search of enrichment or means of subsistence. Another stroke of genius, he set up his own fleet of cargo planes for his deliveries around the world.

A polyglot (he speaks a dozen languages), exceptionally quick-witted, Viktor Anatolyevich Bout is suspected of having supplied the sometimes opposing sides with weapons in some of the bloodiest conflicts, the diamond wars (Sierra Leone, Liberia) to internal clashes in the Congo or Angola and as far as Asia, from Afghanistan to Sri Lanka.

The American journalist Douglas Farah, co-author in 2008 of the book-investigation Merchant of Death (“Merchant of Death”, untranslated), describes Viktor Bout as “a Soviet officer who seized the opportunity presented by three factors born of the collapse of the Soviet Union: aircraft abandoned on runways between Moscow and kyiv (…)huge stockpiles of weapons guarded by unpaid soldiers, and the explosion in demand for weapons”.

He entered popular culture in 2005, when the film was released. Lord of War (“Warlord”), inspired by his life, in which Nicolas Cage plays the arms dealer Yuri Orlov, chased by Interpol. In Russia, some believe that Washington exaggerates its feats of arms to make a scarecrow and demonize Moscow.

“The myth created about Bout by the United States is indecently primitive: a bad Russian guy was illegally selling weapons and trying to harm America, but the good American guys put an end to it”writes the Russian journalist Alexandre Gassiouk in the book published in 2021 to tell “the real story” from “Merchant of Death”.

In the preface to the book, Alla, his wife, describes him as a “honest businessman and a great patriot convicted of crimes he did not commit”.

Suspected by some to have been a member of the military intelligence services, Viktor Bout was trapped in Thailand in 2008 by agents of the Drug Enforcement Agency (DEA, American drug administration).

Passing themselves off as intermediaries of the Colombian guerrillas, they had met him in a hotel in Bangkok. Mr. Bout reportedly promised to deliver 100 portable surface-to-air missiles, rockets and 5,000 AK-47 assault rifles, among other things. Arrested by Thai police, he was extradited to the United States in 2010, then convicted of arms trafficking in November 2011 and sentenced the following year to twenty-five years in prison.

“I am not guilty, I never intended to kill anyone, I never intended to sell weapons to anyone, God knows the truth”, he will launch before the statement of the verdict. The Russian Foreign Ministry will then promise to do everything to obtain his return to Russia, denouncing a trial ” Politics “.

Since then, Moscow has constantly castigated his imprisonment, a sign, for some observers, that Mr. Bout was able to act with the at least tacit consent of Russian officials.

Read also: Itinerary of a “merchant of death”

Brazil: Lula says he is convinced that Jair Bolsonaro “prepared the coup”…

Amazonia: faced with the scourge of illegal gold panning, the Yanomami receive…