Why It Took So Long to Make Avatar 2 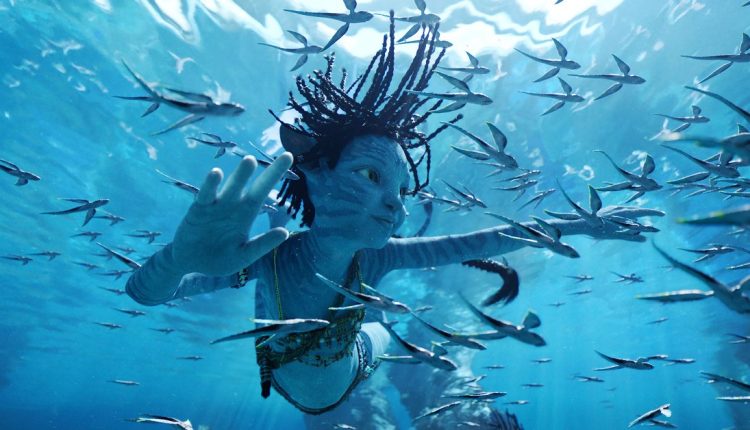 It’s been 13 long years since Avatar—or any other film directed by James Cameron—debuted on the big screen. Hollywood has transformed since then: In 2009, Blockbuster hadn’t even declared bankruptcy yet. Since then, Disney has acquired 20th Century Fox, the studio that financed the first Avatar movie; expensive action films without superheroes now rarely get the green light, unless they star Tom Cruise; and streaming has crippled the movie theater business.

Yet Avatar remains the highest-grossing movie in history. When Avengers: Endgame briefly ascended to that top spot in 2020, Cameron launched a re-release of Avatar in China to recapture the title. It worked: The film has now grossed $2.9 billion in total. The director has long planned to make several sequels, but each year, when Disney would announce its upcoming slate, they’d add an addendum that the Avatar followups had been delayed yet again. Fans began to doubt that Avatar 2 would ever come out, let alone Avatar 3, 4, or 5.

Now, after years spent filming in New Zealand, the sequel has finally arrived: Avatar: The Way of Water will debut on Dec. 16. Set nearly 15 years after the original film, the movie focuses on erstwhile human soldier Jake Sully (Sam Worthington) who fell in love with the planet of Pandora and the Na’vi warrior Neytiri (Zoe Saldaña) in the first film. Jake left his human body to become a Na’vi himself. The couple now has three children, one of whom is voiced by Sigourney Weaver, who played a human character that died in the first film.

As the title suggests, much of Avatar 2 is set in and around the ocean and introduces a new oceanic tribe of Na’vi called the Metkayina. Avatar 3, which was filmed simultaneously, is set to debut in 2024. The final two installments are scheduled for 2026 and 2028. Here’s why it took so long to make the Avatar sequel and why we’re getting so many followups in the coming years.

Cameron is an avowed lover of the sea. He’s made multiple journeys underwater to the Titanic wreck; as the story goes, Cameron and and actor Bill Paxton were eating on a submarine on the deck of the Titanic on 9/11 and only heard about the terror attacks after they emerged from the water.

After Avatar wrapped, Cameron built a submarine that could ferry him to the deepest place in the sea, the bottom of the Mariana Trench, in 2012. He became the first person in history to descend the 6.8 miles solo.

He also spent time after the first Avatar movie advocating for meat alternatives for both environmental and health reasons. He and his wife helped produce the 2018 documentary Game Changers about athletes with vegan diets, and they even invested in a pea-protein facility in Saskatchewan. (They have since sold their stake.)

“I tried to come up with a good term for it because vegan has all those connotations,” he said in a recent GQ profile. “‘How many vegans does it take to screw in a light bulb?’ ‘It doesn’t matter. I’m better than you.’ You just want to punch a vegan. ‘Punch a vegan today: It’ll feel good.’ So the term I came up with is futurevore. We’re eating the way people will eat in the future. We’re just doing it early.”

A Tulkun in Avatar: The Way of Water

Originally conceived as a trilogy, the Avatar franchise ballooned in Cameron’s mind. The director began planning the sequels in 2012 and put a writers’ room together to help him in 2013. “It just wound up with more story than I bargained for,” he recently told the New York Times. He added that writing the next four movies took four years.

The new films would introduce new groups of Na’vi and new locations on Pandora. Avatar took an incredibly detailed approach to introducing the flora and fauna of the fictional planet, and how nature interconnected with the customs of its alien inhabitants, the Na’vi. The writers had to invent different biomes for the new areas of Pandora, customs for its people, and wardrobes for the characters—visual elements that took another five years to create.

Amidst all that creative development, Cameron became deeply involved in the creation of the Disney Parks rides, Avatar Flight of Passage and Na’vi River Journey. The former is a VR ride unlike anything else at the Disney Parks, and Cameron brought his high-tech acumen to the concept. He also took the role as architect of the Pandora-inspired area of Disney World centered on a massive faux tree.

James Cameron had to invest in new underwater tech

Over a decade after its release, Avatar still looks beautiful. In part that’s because of the advanced motion-capture technology that Cameron used to reproduce every fluid movement and facial tick of his actors playing Na’vi characters. For the sequels, Cameron wanted to use the same motion capture tech for actors while they were submerged underwater, an unheard of feat that required years to engineer a solution.

Ultimately Cameron and his crew were able to create cameras to film underwater. The director teamed with visual-effects company Weta Digital (best known for their work on the Lord of the Rings films) for post-production enhancements using artificial intelligence.

“My colleagues within the production really lobbied heavily for us to do it ‘dry for wet,’ hanging people on wires,” Cameron told Entertainment Weekly a year before the film’s release. “I said, ‘It’s not going to work. It’s not going to look real.’ I even let them run a test, where we captured dry for wet, and then we captured in water, a crude level of our in-water capture. And it wasn’t even close.”

Cameron decided to shoot Avatar 2 and Avatar 3 at the same time, a wise move considering how long it took the second movie to get into production. But that meant delays in filming. Shooting started in 2017 and lasted three years.

Cameron also demanded a lot of his actors. Much of the cast had to film underwater sequences in a 900,000-gallon tank built for the films. Water bubbles and scuba gear interfered with the motion-capture process, so the actors spent months learning to hold their breath for minutes on end. (Kate Winslet reportedly set the record on set: She held her breath for over seven minutes.) The post-production on the visual effects-heavy film also took a long period of time.

The Avatar sequels, perhaps unsurprisingly, were incredibly expensive to make. Cameron told GQ that the movie would “have to be the third or fourth highest-grossing film in history. That’s your threshold. That’s your break even.” But to date, Cameron’s films have always made their money back, even as he’s set records again and again for producing the most expensive movies in history. The future of the various Avatar sequels seem to hinge on whether he can pull off the same trick with Way of Water.

If We Want to Reduce Deaths at Hands of Police, We Need to Reduce Traffic Stops