Why Hunter Biden’s legal troubles are back in the news 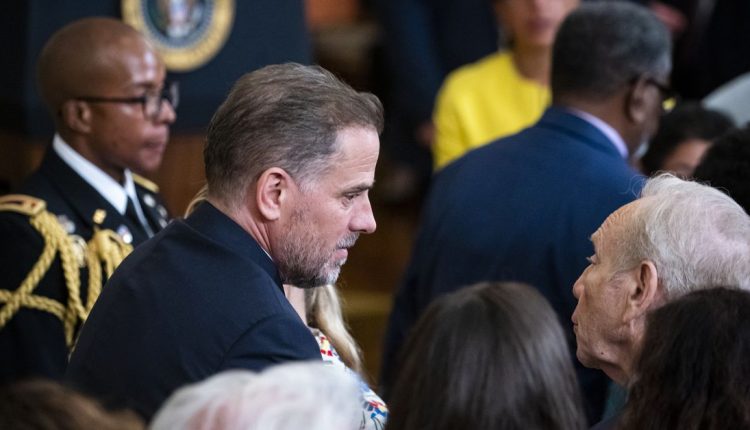 Hunter Biden is in serious legal trouble and in danger of indictment. That’s been known since at least this spring. But on Thursday, a Washington Post story by Devlin Barrett and Perry Stein revealed a bit more about where things stand.

“Federal agents investigating President Biden’s son Hunter have gathered what they believe is sufficient evidence to charge him with tax crimes and a false statement related to a gun purchase,” Barrett and Stein wrote.

The news here is that agents investigating the case think they’ve assembled a case worth charging. However, agents do not get to make the decision about filing charges — prosecutors in the Justice Department do, and the story contains no details about their current thinking. Reports from months ago described some doubts and differing opinions from officials about the strength of the case. (US Attorney David Weiss of Delaware, a Trump appointee, is overseeing the investigation.)

There’s another intriguing detail in the story. Barrett and Stein write that the agents came to this conclusion “months ago” — that is, it is not a new development, and it’s actually rather old. So why would it be coming to light now? One possibility is that it was leaked because some people involved in the case are tired of waiting for prosecutors to make their decision. The story “might as well have ‘we’re leaking this to put political pressure on the prosecutors’ scrawled across it in sharpie,” legal commentator Luppe Luppen tweeted.

It’s long been clear that Hunter’s relationship with the law from the mid- to late 2010s — a period when he both raked in massive sums of money from foreign interests and struggled with serious drug addiction — was fitful at best.

According to the New York Times, a federal inquiry into whether Hunter had properly paid his taxes began back during the Obama administration, long before Hunter became a favorite target of Donald Trump’s allies. Then, in 2018, the tax inquiry became a broader criminal investigation into Hunter, conducted by the US attorney’s office in Delaware, examining possible money laundering and whether he was an unregistered foreign agent.

The Post story doesn’t indicate whether agents on the case believe they can charge money laundering and foreign agent crimes. It does reveal, though, that they think the evidence is strong enough to charge Hunter in two areas.

The first is taxes — did he properly pay taxes on all those millions he made from foreign sources? It certainly seems like the answer might be “not at first,” since he belatedly coughed up over $1 million to pay off his tax liability last year, per the Times. That wouldn’t get him off the hook for past criminal conduct, and the Wall Street Journal reports prosecutors are examining whether Hunter “moved funds in a way to obscure his tax liability.”

The second purported offense is a bit different. In 2018, during a period in which Hunter has admitted to having a serious drug addiction (he wrote a book about it), he bought a gun. In connection with that purchase, he filled out a federal form and attested that he was not a drug user. (The gun became an issue when his sister-in-law became concerned he might harm himself and threw it in an outdoor trash can, where it was discovered and reported to police. Texts from his laptop make clear he was not particularly stable at the time, but no one was hurt.)

This seems to be an open-and-shut crime — he said on the form he wasn’t a drug user, but he was. But it’s noteworthy that after such a sprawling, years-long investigation, this is one of the two things agents believe they can prove. Many long probes into purported corruption end this way, with a false statement on a federal form — with something clear and indisputable, rather than something murky and hard to establish.

Still, prosecutors have discretion about whether they think a case is worth charging, and at DOJ they are tasked with assessing whether “the admissible evidence will probably be sufficient to obtain and sustain a conviction.” Agents and prosecutors often come to different views on this — with agents typically believing their case is strong, and prosecutors feeling more cautious — due to their different institutional roles, not necessarily because of politics.

This is where it’s helpful to the Biden administration that they left Weiss, the Trump-appointed US attorney overseeing the investigation, in place — it helps them fend off accusations that they’re treating the president’s son with kid gloves. A Trump appointee likely wouldn’t kill a strong case to protect the Biden family — and if there was interference from elsewhere in DOJ or the administration, he could make that known.

The leak’s timing — October of election year — is also noteworthy, and may add to that political pressure on prosecutors (as well as giving Republicans a helpful news story that will receive ample Fox coverage shortly before the midterms).

There’s plenty of precedent for investigation stories coming to light in the weeks before an election. Indeed, one of the reporters who broke the Thursday story — Barrett — landed a similar scoop in October 2016 for the Wall Street Journal. Then, he reported that, before Deputy FBI Director Andrew McCabe helped oversee the Hillary Clinton email campaign, McCabe’s wife had run for state senate in Virginia and got hundreds of thousands of dollars in campaign donations from the state’s governor, longtime Clinton ally Terry McAuliffe.

Barrett later made clear disgruntled FBI agents were among his sources in his book about those events, titled — naturally — October Surprise:

The July announcement of no charges [against Clinton] had surprised or alarmed agents of all stripes. Some of the agents involved in politically sensitive investigations were starting to have doubts about the Bureau’s leadership… Among the relatively small number of agents who knew of the political donations Virginia governor Terry McAuliffe had steered to McCabe’s wife in 2015, there were deep suspicions of McCabe’s involvement in Clinton cases — particularly when, it seemed to them, he had sought to curtail some of those efforts. Around this time, I began to hear of those concerns… In October 2016, more and more people inside the FBI were starting to harbor serious doubts about decisions made above them, and they were starting to talk.

Of course, leaks about Trump investigations have been coming out, too, perhaps with political timing in mind. Just Thursday, CNN reported on the state of a Georgia county prosecutor’s investigation of Trump’s attempt to overturn the 2020 election.

The CNN story claimed the Georgia probe would go quiet “to avoid any appearance of influencing the upcoming election.” However, sources made sure to add, a grand jury “could begin issuing indictments as early as December.”