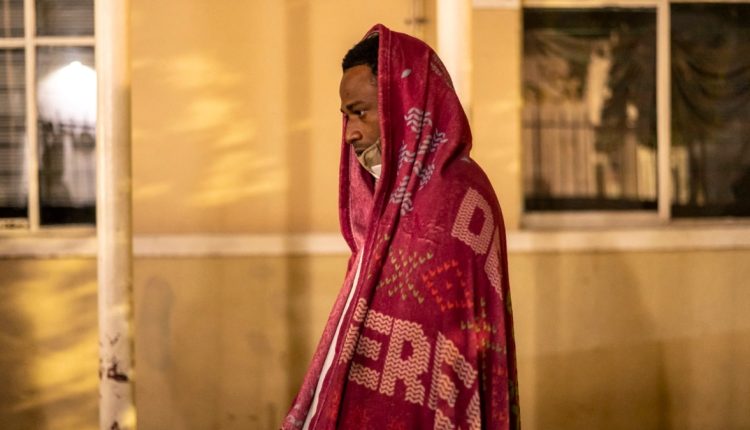 The Biden administration has reduced wait times worldwide for nonimmigrant visa interviews, an official said Thursday. But the progress is disputed by an immigration policy analyst who follows the issue closely. VOA’s immigration correspondent Aline Barros reports from Washington.

A federal judge on Wednesday granted the Biden administration a five-week delay to end far-reaching asylum restrictions, writing in capital letters that he was doing so “WITH GREAT RELUCTANCE,” The Associated Press reports.

International Students Returning to US Since Pandemic Decline

International students are returning to the United States after a significant drop during the pandemic, according to the Open Doors 2022 Report on International Educational Exchange (IEE). VOA’s immigration correspondent Aline Barros reports from Washington.

Report: US Border Agency Chief Being Forced Out

The head of U.S. Customs and Border Protection is being forced out of his job leading the nation’s largest law enforcement agency as agents encounter record numbers of migrants entering the U.S. from Mexico, according to two people familiar with the matter, The Associated Press reports.

US Extends Protected Status to Mid-2024 for 6 Nationalities

The United States has notified El Salvador that the temporary protected status of its citizens and those of five other countries will be extended through June 30, 2024, Salvadoran Ambassador to the United States Milena Mayorga said Thursday. The other countries are Haiti, Nicaragua, Sudan, Honduras and Nepal, according to a document filed Thursday by the U.S. Citizenship and Immigration Services. The action means their temporary protected status (TPS) will not expire on December 31, 2022, as previously scheduled, Reuters reports.

Some Afghan Americans who live in northern Virginia said they were determined to vote in the midterm elections and that U.S. foreign policy toward Afghanistan and immigration are most important to them. Matiullah Abid Noor and Shahnaz Nafees have the story. Roshan Noorzai contributed to this report.

The widespread retrenchment in the U.S. technology industry has thrown thousands of workers in Silicon Valley out of work, a trend greatly amplified Wednesday by Meta Platforms, the parent company of Facebook, which announced it would eliminate 13% of its workforce, amounting to more than 11,000 jobs.

Immigration around the world

Being Black in Tunisia

Growing up in a working-class Tunis neighborhood, Zied Rouine didn’t think much about his skin color. Not when children insulted him at school, or when his football teammates nicknamed him Pele, after Brazil’s dark-skinned football legend. His athletic skills and the fierce protection of his lighter-skinned brother from persecutors were tickets to acceptance. Only years later, while attending an international forum on discrimination, did Rouine realize that something was wrong. Lisa Bryant reports for VOA from Paris.

Britain and France have joined forces to curb the tide of migrants crossing the English Channel into England. Under the new agreement, Britain is set to pay France $75 million to strengthen security that would prevent migrants and asylum seekers from navigating small vessels from France across the dangerous waterway, VOA News reports.

After Spat with Italy, France Takes in Migrant Ship

France has resolved a dayslong spat with Italy’s right-wing government by agreeing to take in a ship carrying more than 200 migrants rescued in the Mediterranean Sea. The Ocean Viking is due to dock in the southern French port of Toulon Friday — but relations with Rome remain bitter. For the 234 migrants aboard the Ocean Viking, France’s agreement to take them in was the end of a long odyssey. Lisa Bryant reports for VOA from Paris.

A German humanitarian group said its ship docked in southern Italy early Tuesday and disembarked 89 people rescued at sea, ending one migrant rescue saga as others continue under Italy’s new hard-right government. Mission Lifeline posted videos on social media of the 25-meter (80-foot) Rise Above freighter docking in Reggio Calabria and said the “odyssey of 89 passengers and nine crew members on board seems to be over.” In a subsequent post, it said all 89 were allowed to disembark, The Associated Press reports.

— U.S. Citizenship and Immigration Services announced in November it is accepting certain affirmative asylum applications online. USCIS continues to accept the latest paper version of this form by mail.

— The U.S. Customs and Border Protection (CBP) released updated numbers showing a record number of migrant encounters at the U.S. Mexico border. “The total number of unique Southwest Border encounters in October 2022 was 185,527, a 1.5% increase over the prior month, driven by an increased number of asylum seekers fleeing authoritarian regimes in Cuba and Nicaragua,” according to CBP latest release.