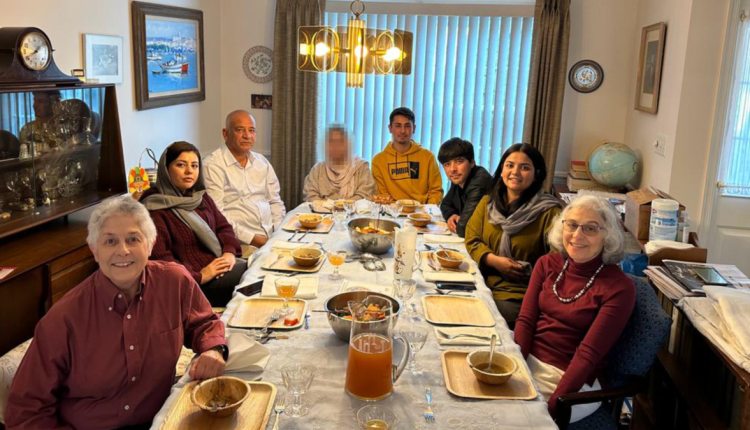 The 65-year-old Harrisburg, Pennsylvania, resident helped resettle an Afghan refugee family of eight, and because this is their first holiday in the United States, Samkoff invited them to her father and sister’s home for Thanksgiving.

One of Samkoff’s guests is Hadia, a 24-year-old Afghan refugee whose family fled Afghanistan in November 2021. VOA’s immigration reporter Aline Barros has more.

Refugees from around the world who resettled in the Washington area got together to celebrate their first Thanksgiving in the United States. VOA’s Shahnaz Nafees has the story.

The Afghan actor Ali Danish Bakhtyari, who played the role of an orphan in the 2007 film The Kite Runner, has fled the Taliban rule in his home country twice: first in the late 1990s, and then in 2021, when the United States withdrew its forces from Afghanistan. Keith Kocinski has the story from New York.

Immigration around the world

The U.S.-based Human Rights Watch accuses Turkish authorities of carrying out mass deportations of Afghan refugees, including those most at risk. For VOA, Dorian Jones reports from Istanbul.

European interior ministers welcomed Friday an EU plan to better coordinate the handling of migrant arrivals, after a furious argument over a refugee rescue boat erupted between Italy and France. Reported by Agence France-Presse.

The Inside Story-Cause of Death: Migrant Workers and the 2022 Qatar World Cup

Thousands of migrant workers died in Qatar building the stadiums for the 2022 World Cup. VOA’s Heather Murdock takes you to Nepal where families are asking “Why is no one taking responsibility?” on The Inside Story: Cause of Death, Migrant Workers & the 2022 Qatar World Cup.

Chinese refugees in Italy, some of whom are dissidents, are increasingly wary of the presence of what appear to be four outposts of Beijing’s security apparatus operating without official diplomatic trappings, according to experts. Allen Giovanni Ai reports for VOA News.

“These actions will help Afghan nationals resettle, and in many cases reunite with family, in the United States by enabling USCIS to process their requests for work authorization, long-term status, status for immediate relatives, and associated services more quickly.”