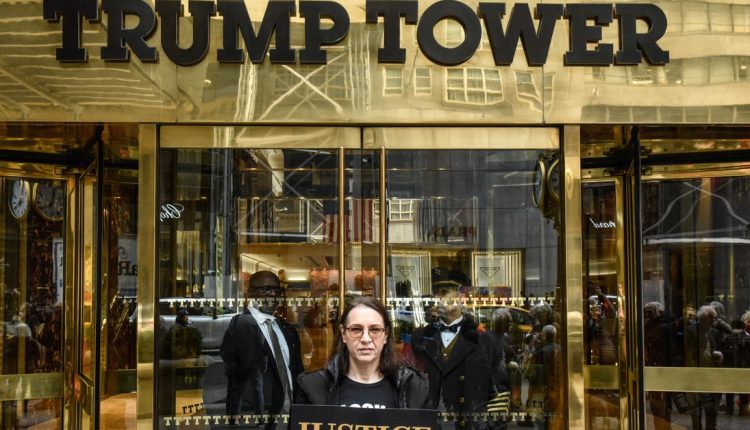 Two subsidiaries of the Trump Organization were found guilty on 17 counts of tax fraud and other financial crimes. The charges were specifically about whether the company properly paid taxes related to “fringe benefits” that its former chief financial officer Allen Weisselberg received as part of his salary. Trump himself was not charged.

Weisselberg, who initially was charged with the company, struck a plea deal with prosecutors in August and testified at this trial, but he did not implicate Trump himself in any wrongdoing. An attorney for Trump said the company would appeal the verdict.

Though the verdict is embarrassing for Trump, this trial was not a particularly serious legal threat to the former president or his business. The company can be fined a maximum of $1.6 million at sentencing, which it can surely handle.

Instead, Trump’s real legal dangers lie elsewhere. Most notably, new Justice Department special counsel Jack Smith has taken over investigations into Trump’s attempts to overturn the 2020 election and into whether Trump mishandled classified information. A district attorney in Georgia is also looking into Trump’s attempt to change the state’s presidential election outcome. And a separate civil fraud suit from New York’s attorney general might be more threatening to his business.

What the Trump Organization trial was about

Various Trump associates have been convicted of crimes during and after his presidency, but the former president has not been charged with anything, and his companies had been only charged with civil suits.

That changed in the summer of 2021, when New York state prosecutors working under then-Manhattan District Attorney Cy Vance indicted the Trump Organization and its chief financial officer, Weisselberg, as well as other related corporate entities, for criminal tax fraud.

The charges alleged that Weisselberg and the Trump Organization did not properly pay taxes related to $1.7 million worth of “fringe benefits” Weisselberg received as part of his compensation package — most notably apartment and car leases for Weisselberg and private school tuition for his grandchildren. (I described these charges in more detail in a previous article.) The company pleaded not guilty — as did Weisselberg, initially.

These charges, prosecutors hoped, would be just the start. Vance was trying to build a broader case against Trump’s company and likely Trump himself. To do so, he hoped to “flip” Weisselberg and turn him into a cooperating witness (because, some legal experts believed, it would be difficult to prove Trump’s knowledge of company financial crimes without Weisselberg’s testimony). Yet when Vance retired and was succeeded by Alvin Bragg, that investigation appeared to stall, and top prosecutors resigned in protest. (Bragg more recently said the investigation was continuing.)

This August, Weisselberg changed his plea to guilty, striking a deal with prosecutors and agreeing to testify at the trial of the Trump Organization. Yet this wasn’t the hoped-for flip — though Weisselberg admitted his own guilt, he steadfastly refused to implicate Trump, the New York Times reported. Weisselberg instead said he acted for personal gain. Jurors, however, concluded that he acted on “behalf” of the Trump companies in committing fraud, and therefore found the Trump Organization guilty on all counts.

What it means for Trump

Though it’s noteworthy that the former president’s company was convicted of crimes, there was no case here against Trump himself, and the maximum fine is rather low for a company of this size. So this particular verdict probably won’t change much for him.

Yet Trump has lately found himself in a much more dangerous legal morass, with both federal and state prosecutors building cases against him.

One enormous threat to Trump is the Justice Department’s investigation of his attempt to stay in power after losing the 2020 election. This probe ramped up in intensity over the course of this year, and dozens of Trump aides and associates are under scrutiny. Recently, Trump lost a legal battle to prevent lawyers who worked in his White House counsel’s office from testifying to a Washington, DC, grand jury.

The DOJ also has a seemingly simpler case into whether Trump violated the law by keeping classified documents at Mar-a-Lago after he left office. The FBI raided Mar-a-Lago in August, and though no charges have yet been brought, court filings have revealed they seized roughly 100 documents marked as classified.

And in New York, Attorney General Letitia James filed a civil suit against Trump’s company in September that could come with much more serious financial penalties — she accused the company of fraudulently making $250 million based off false statements of its financial condition. She’s also said she would file a referral to federal prosecutors at the US Attorney’s Office for the Southern District of New York, laying out her findings so they can decide whether criminal charges are merited.

Even Bragg’s Manhattan district attorney’s office is getting involved again, having recently refocused on the long-dormant investigation of whether Trump violated the law by secretly paying adult film actor Stormy Daniels so she wouldn’t allege an affair with him before the 2016 election.

Trump has not yet been criminally charged in any of these other cases, however.