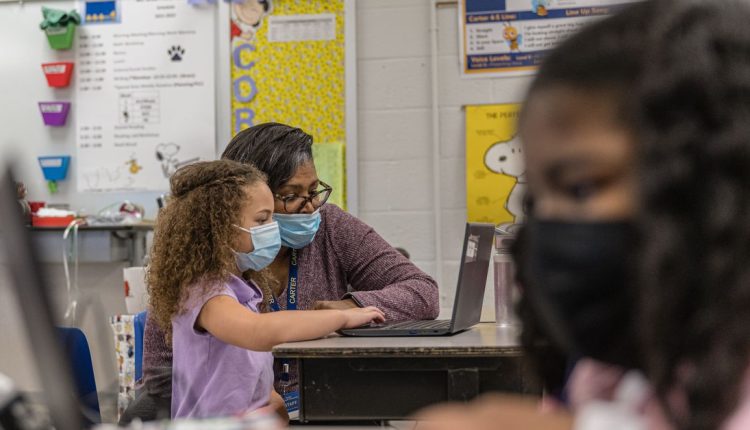 In 2020, while the US grappled with the onset of the Covid-19 pandemic, the country was experiencing another crisis: gun violence topped the lead causes of death among young Americans. Since the year prior, the rate of firearms-related deaths among American youths under 20 years old increased by 29.5 percent, which was twice as high as the relative increase of gun deaths among the US general population. Yet even with those alarming statistics on gun-related deaths among children, pro-gun lawmakers are calling to put more firearms in schools, as a remedy for the country’s school shooting crisis.

The tragic mass shooting in Uvalde, Texas, last week renewed calls for stricter gun control legislation, after 19 children and two teachers were killed, and 17 others were injured in the attack. But conservatives and gun lobbyists argue the only way to solve the country’s epidemic of mass shootings is to put more guns in the hands of the public. Some have even called for arming teachers and school staff with firearms of their own.

Texas Attorney General Ken Paxton was among the first Republican elected officials to call for arming educators following the school shooting in Uvalde.

“We can’t stop bad people from doing bad things. We can potentially arm and prepare and train teachers and other administrators to respond quickly,” Paxton said during an appearance on Fox News. Former President Donald Trump, speaking at this year’s NRA convention on Friday amid heavy pushback in the wake of the Uvalde shooting, also called for “highly trained teachers to safely and discreetly conceal carry” firearms in school.

The idea of training teachers, whose primary job is to educate students on lessons like math and English, as an extra security defense against potential school shooters is not new and such training programs have existed for years in some form in many states.

There is also little evidence to suggest arming school staff actually makes schools safer. On the contrary, school safety advocates warn about the potential risks of encouraging teachers to carry guns at school — increasing the number of guns in schools, even if they were put in the hands of responsible educators, may increase the likelihood of gun-related harm. Studies have also shown a direct correlation between the presence of guns and increased gun violence.

Proposals to arm school teachers and staff have not received much support from educators, either. A survey of more than 2,900 teachers across the country by a researcher at California State University found that 95.3% of respondents believed teachers should not be carrying guns in the classroom. The National Education Association, the largest labor union in the US representing 3 million educators, has also criticized suggestions to arm teachers as an antidote to America’s school shootings.

“Bringing more guns into schools makes schools more dangerous and does nothing to shield our students and educators from gun violence,” NEA President Becky Pringle told the Guardian. “We need fewer guns in schools, not more. Teachers should be teaching, not acting as armed security guards.”

Still, current debates over gun laws might just accelerate legislation in states where teachers and other school staff are already permitted — even encouraged — to carry guns inside the classroom.

Hundreds of school staff are already armed in the US

In 2018, two high-profile school shootings in Parkland, Florida, and Santa Fe, Texas — both of which saw at least a dozen people killed or injured — prompted state-level lawmakers in 34 states and US territories to propose legislation targeted at arming school personnel.

According to the National Conference of State Legislatures, what followed was more than 100 pieces of legislation allowing for armed school teachers introduced by local lawmakers in the three years since the Parkland and Santa Fe shootings. While the majority of bills were not approved into law, over a third of these bills were introduced in the aftermath of the Parkland and Santa Fe shootings. Both Florida and Texas are among nine states where school staff (other than security) are exempt from firearms bans on K-12 school grounds.

Following the Santa Fe school shooting, Texas Gov. Greg Abbott expanded the state’s school marshals program which, since 2013, had allowed educators and school administrators to receive firearms training and a permit to carry their own guns on school grounds. Right now, there are about 256 school marshals across the state, according to the Texas Commission on Law Enforcement, which oversees the program.

In 2019, Florida Gov. Ron DeSantis, who is expected to run for president in 2024, signed into law a measure enabling schools to arm their teachers, expanding on an already existing program in the state which had allowed school districts to partner with local sheriff’s offices to train their personnel in firearms.

According to the Florida Department of Education’s website, 45 out of the state’s 67 counties have participated in the “guardians” program. Some have called for the state to expand the program following the school shooting in Uvalde last week.

These firearms training programs for school staff were largely established in response to the Sandy Hook Elementary School shooting back in 2012. But so far the efficacy of these programs to deter gun violence has not been proven and school shootings have continued at an alarming rate: over 2,600 more mass shootings have happened since Sandy Hook.

There is no evidence supporting arguments from pro-gun lawmakers that training and equipping teachers with guns will make students safer. A 2019 study by researchers at the University of Toledo and Ball State University reviewed 18 years of US school security measures — including placing more armed teachers in school — and found no evidence of reduced gun violence.

Denise Gottfredson, a criminologist at the University of Maryland, called the policy of arming school personnel “ill-advised.” Beyond substantial research linking gun accessibility and increased gun violence, firearms brought into school by educators “might be fired accidentally, the teachers who carry them might deliberately use them for unintended purposes, and, even more likely, the guns might end up in the hands of students,” Gottfredson told Reuters.

In his widely-cited 2016 study, Adam Lankford, a professor at the University of Alabama, analyzed data on global mass shootings between 1966 and 2012 and found that 31 percent of perpetrators in mass shootings worldwide during that time were American.

Adjusting for variables, Lankford also found that a country’s rate of gun ownership correlated with the odds of it having mass shootings. When it comes to gun ownership, the US is practically in a league of its own: the US population only makes up less than 5 percent of the global population yet Americans account for about 45 percent of the world’s gun ownership. It is estimated that US civilians own a total of 393 million firearms — meaning there are more guns in civilian hands than people.

Various other studies suggest guns don’t really deter crime and instead increase the likelihood of gun-related violence. In other words, more guns simply lead to more gun violence. In one study in 2015, for example, researchers at Boston Children’s Hospital and Harvard University found that firearm assaults were 6.8 times more common in states with the most guns compared to states with the least. There’s also been research suggesting a significant association between access to firearms at home and the likelihood of residents being murdered, compared to households without guns.

Research related to firearms and young kids paints an even bleaker picture. According to the Gun Violence Archive, a nonprofit that tracks and publishes information on gun violence in the US, more than 650 minors were killed by guns so far this year, while more than 1,600 youths have suffered firearms-related injuries.

A recent study published in the New England Journal of Medicine found that, as of 2020, gun-related injuries were the leading cause of death of young Americans, outpacing car crashes as the previous lead cause. Internationally, the number of children killed by guns is 36.5 times higher in the US compared to other high-income countries like Sweden, Austria, and England.

But even with so much research and data pointing to various links between access to firearms and gun violence, there has not been much policy change when it comes to US gun laws. If anything, history shows firearms-related legislation has only gotten laxer, even when public opinion is overwhelmingly in favor of gun control legislation, which may be the biggest outlier of the US’s gun violence epidemic.

Looking at the evidence so far, it’s clear that a “hardening” of school security measures — focusing on surveillance, increasing police presence, and arming school staff with firearms — is not effective in curbing gun violence inside US schools. In fact, those kinds of investments, already the playbook response to past school shootings, have so far been ineffective.

Studies like the one from the University of Toledo show that schools face a litany of issues in trying to keep students safe and a multi-pronged approach that is not fixated on “beefing up” schools is needed if we are serious about improving school safety.

“It’s not just guns. It’s not just security,” Jagdish Khubchandani, a co-author of the study, told the Texas Tribune. “It’s a combination of issues, and if you have a piecemeal approach, then you’ll never succeed.”

In 2009, the Centers for Disease Control and Prevention released a report emphasizing the need for improving “school connectedness” among school-aged adolescents — basically, ensuring that students feel connected with their school community — as a way to improve students’ safety. Students who feel more connected to their schools, the report suggests, were more likely to engage in healthy behaviors and less likely to participate in violence.

Researchers and anti-gun violence advocates have long pushed for changes that go beyond guns and security guards. Instead of arming teachers with guns, providing schools support so they can improve the emotional well-being of their students may be a better approach to solving the country’s school shootings crisis.

Whatever the next big debate around gun regulations will be, it’s clear that America’s old solutions to its gun problem have not — and will not — work.

Support for red flag laws turns to opposition when voters told about how they work:…