Pennsylvania firefighters dead after being trapped in three-alarm blaze 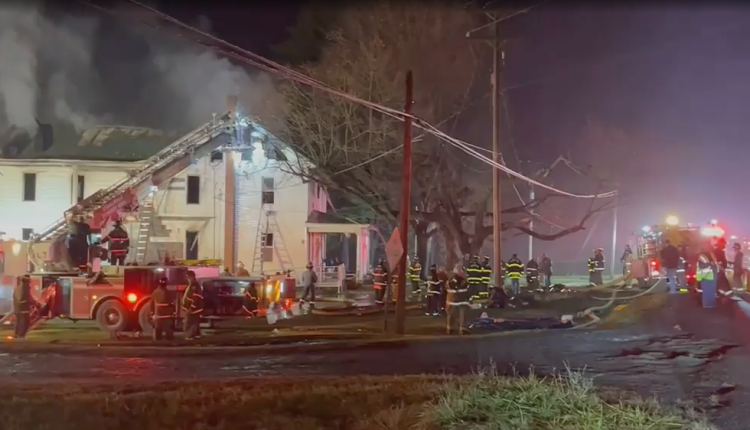 Two firefighters were killed after succumbing to injuries sustained in a three-alarm house fire in Schuylkill County, Pennsylvania, on Wednesday night.

A third person was also found dead near the scene on the 1100 block of Clamtown Road near Tamaqua.

The firefighters sent multiple mayday messages while trapped on the second story of the house, according to Fox 29.

Both firefighters were rescued from the blaze before being pronounced dead by the Schuylkill County Corner’s Office.

The body of the third person was discovered 100 yards from the home, leaving police unsure if it is directly related to the fire.

Both firefighters were from the Lehigh County area.

The cause of the fire remains unclear.