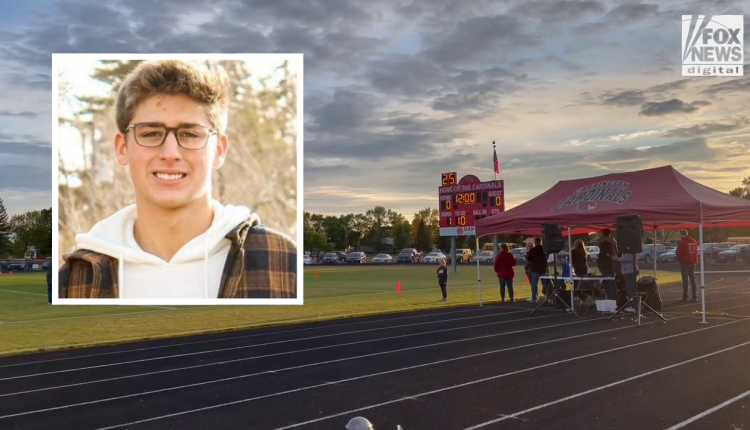 Police in North Dakota said that there’s “no evidence” showing that politics were involved in the incident where Shannon Brandt, according to an affidavit, admitted to mowing down 18-year-old Cayler Ellingson with an SUV, leaving the teenager dead.

Brandt, 41, is being charged with criminal vehicular homicide, as well as leaving the scene of a crash in relation to the incident, after a street dance at a bar in McHenry, North Dakota in the early morning hours of Sept. 18. Brandt told a 911 operator that he hit Ellingson because he was part of a “Republican extremist group” and said that the teenager called others that were “coming to get him,” according to an affidavit.

Ellingson was taken to a local hospital with serious injuries and later died.

SHANNON BRANDT KNOWN BY NEIGHBORS FOR BOOZE-FUELED ‘RAMPAGES,’ BEING ‘NUTS HIS WHOLE LIFE’

Brandt was released from jail after posting a $50,000 bond on Tuesday.

North Dakota Highway Patrol Captain Bryan Niewind told Fox News Digital on Sunday that there’s “no evidence” that Ellingson was a “Repblican extremist” or that the incident involved politics.

“We have uncovered no evidence to support Mr. Brandt’s claim on the 911 call he made that Cayler Ellingson is a Republican extremist, nor that this incident involved politics,” Niewind said. “This is a terrible tragedy for the Ellingson family. We continue to investigate what led up to the incident, the crash itself and the claim made by Brandt. But, at this time there has been no evidence to corroborate Brandt’s statement.”

Shannon Brandt, 41, is charged in the vehicular death of a North Dakota teenage boy he claimed occurred after a political argument.
(Foster County Sheriff)

Brandt left the scene of the incident and then came back to call 911, according to the affidavit.

The 18-year-old’s parents told police they knew Brandt, but said their son didn’t.

Police went to Brandt’s residence in Glenfield where he talked to officers and “admitted to consuming alcohol prior to the incident,” the affidavit states.

Brandt’s blood-alcohol level was over 0.08, a breathalyzer test later showed, according to the affidavit.

One of Brandt’s neighbors told Fox News Digital that he has been “nuts his whole life” and “should have been in a [mental health] institute.”

The neighbor also added Brandt’s bail was “extremely low” for what he allegedly did, adding that it should have been higher, and saying that the 41-year-old “had too much to drink” the night of the incident. When Brandt is drunk, the neighbor alleged, he goes on “rampages.”

Four of Brandt’s neighbors said that the incident didn’t have anything to do with politics, but rather Brandt’s mental health conditions.

Neighbors say that Brandt’s accusation that Ellingson was part of a “Republican extremist group” was an excuse for what he allegedly did.

People that knew Ellingson told Fox News Digital that he was an “exceptional child” that had a bright future.

Ellingson graduated from Carrington High School in the spring of 2022 and recently began studying to be an ultrasound technician. The high school held a moment of silence for the teenager on Friday night during its homecoming football game

During their homecoming game, the North Dakota high school that Cayler Ellingson recently graduated from held a moment of silence in remembrance of the 18-year-old who was killed on Sunday.
(Adam Sabes/Fox News Digital and Facebook)

Brandt told a judge that he disagreed with the proposed bail amount, saying he has a life to get back to.

“I have a job, a life and a house and things that I don’t exactly want to see go by the wayside — family that are very important to me,” Brandt said.

Asian Faiths Try to Save Sacred Swastika Corrupted by Hitler